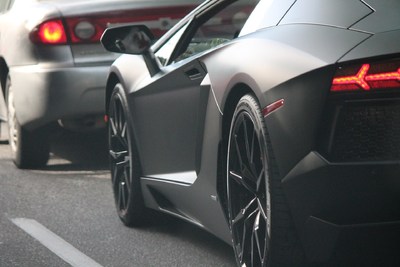 A decrease in Chinese sales was the only negative news Scotiabank reported. PHOTO: Scotiabank

TORONTO—The world’s automotive market is in great shape, thanks to explosive growth in developing markets and increases in North America.

This is according to the Scotiabank Global Auto Report.

Global car sales continued to rise in the opening month of 2017, 3 per cent above a year earlier in January, as developing markets (excluding China) began 2017 with the strongest gains in nearly four years.

This surge in sales occurred in spite of most automakers reporting lower sales in China, due to an increase in the sales tax on small vehicles with 1.6 litre or smaller engines.

Continued gains in global sales in early 2017 highlight the improving economic backdrop around the world and solidify a positive sales outlook, even as purchases in China moderate from last year’s record-setting gain.

During January, sales in developing markets of Asia, Eastern Europe and South America accelerated to 6 per cent year-over-year, the best performance since May 2013.

Purchases in Canada remained above an annualized two million units for the second consecutive month, climbing to a record high for February. The improvement was led by a 16 per cent year-over-year surge in luxury volumes, as purchases of both luxury cars and trucks posted double-digit advances.

“The hot luxury auto market in Canada has accounted for nearly 60 per cent of the year-to-date increase in overall volumes in the country this year, which is five times its normal share,” said Carlos Gomes, senior economist and auto industry specialist, Scotiabank. “The strength of the luxury market is concentrated in British Columbia and Ontario, the fastest-growing provincial economies.”

In the U.S., car and light truck sales totalled an annualized 17.5 million units in February, in-line with the previous month’s performance and the 2016 total.

Retail activity continues to move higher even as fleet volumes have weakened. Automakers will ramp up production to record highs in the second quarter of 2017, alongside favourable industry fundamentals.

Rising vehicle assemblies are estimated to add an annualized 0.6 percentage points to economic growth in the April-June period, helping to lift overall U.S. growth to 2.3 per cent in 2017, up from 1.6 per cent in 2016.