Gillette's new ad campaign may have its sights set on millennial men, who have yet to pick a razor brand 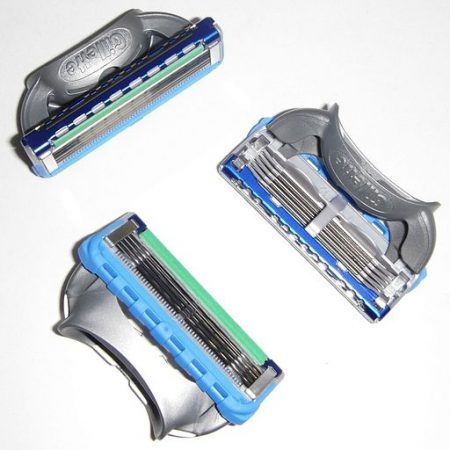 TORONTO – A Gillette advertisement depicting sexism in boardrooms, backyards and on street corners is the latest in a wave of socially conscious promotions to crop up in the wake of the Me Too era, and a message that is likely to find a receptive audience in Canada – particularly among women.

The U.S.-based shaving company’s “the best men can be” advertisement was released earlier this week and features scenes meant to make consumers rethink the idea of associating masculinity with being tough or misreading women, but has been criticized for insulting men and co-opting a social message to sell razors.

The ad places Gillette among handfuls of other companies who have turned to socially conscious advertising – a growing phenomenon abroad and in Canada, said Sarah Kaplan, director of the University of Toronto’s Institute for Gender and the Economy.

“We are seeing it more and more,” she said, pointing out household cleaning product ads that have been increasingly featuring men and a Bud Light beer promotion starring celebrities Seth Rogen and Amy Schumer complaining about gender-based product pricing.

“Advertisers have already been moving in the direction of breaking down these stereotypes and gender norms and many have taken on subtle forms, but Gillette is being much more explicit about what they are trying to accomplish and I think there will be more movement in this direction.”

Long before Gillette’s ad was unveiled, technology company Nest Labs had already clued into the phenomenon with an ad it ran on Oscars night in 2018, where a dad uses the brand’s camera to remind a boy heading out to prom about respecting his date. On the same night, Twitter Inc. shared a black-and-white, spoken word ad meant to encourage women to “make their voices heard.”

Then there was the September Nike ad starring NFL star Colin Kaepernick, who encouraged customers to “believe in something, even if it means sacrificing everything.”

Such socially conscious advertisements, Kaplan said, can be attractive for brands because they allow companies to look like they are trying to do some good while also marketing products and targeting a new consumer base.

She suspects Gillette’s ad had its sights set on millennial men, who have yet to pick a razor brand they will likely stick with for life, but also, women, who frequently purchase those razors for the men in their lives or for themselves after noticing women’s versions of the same product are often more expensive.

Research suggests women in Canada tend to be particularly receptive to such advertising.

A 2018 survey found that women are more likely to think positively about “issues-based” messaging in advertising.

Overall, the study found most Canadians are more supportive of companies when they discuss specific steps they are taking around a social responsibility, instead of making public statements in support of a cause.

Brent Barr, a branding instructor at Ryerson University, wasn’t surprised by the study’s findings or the push companies like Gillette are making into social responsibility, which he anticipates will only grow.

Brands dabbling with social responsibility know that trumpeting causes can cause the public to warm to their brand or even reverse negative feelings they might have had towards it, he said.

They also know that they can capture the key millennial demographic with such advertising because social responsibility campaigns tend to make the rounds on social media, he said.

However, along with those benefits comes with demands from the public that companies like Gillette have to meet.

“The typical younger consumer today wants you to stand up for an issue, but they become a bit jaded when people say things, but don’t do things,” he said. “It is not just about getting a tweet out, it is about what the company is doing in support of it and making sure they are invested in the issue.”