by Canadian Manufacturing.com Staff, with a file from The Canadian Press  June 1, 2016

Though still a major boost for Niagara, GE has scaled back plans for the facility; expects to create 150 jobs during first phase, down from initial 350 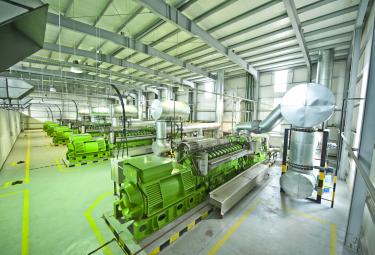 MISSISSAUGA, Ont.—GE is setting up shop a stone’s throw from the U.S. border in Welland, Ont.

After disclosing an imminent move to an undetermined Canadian location last year, the American industrial conglomerate announced its plans to build a new, state-of-the-art facility in the Niagara-area city June 1. The new plant will manufacture reciprocating engines for GE Power as well as components for compression, mechanical drive, and power generation. Along with supplying GE’s Power division, the plant will also build parts for GE Transportation diesel engines.

“Welland offers an excellent solution for the business and provides a collaborative community environment that will attract talented employees,” Heiner Markhoff, president and CEO of GE Power’s Water and Distributed Power Business, said. “The new ‘brilliant factory’ we build there will be the foundation on which we grow our reciprocating gas engines business for decades to come.”

GE says the plant is the “first–of-its-kind” in Canada and will couple the company’s long history of industrial innovation with new cutting-edge data science and analytics expertise.

“GE Canada is hugely important to Ontario’s manufacturing sector, and this significant investment is a true vote of confidence for the region as it creates jobs and stimulates economic growth,” Brad Duguid, Ontario’s Minister Economic Development, Employment and Infrastructure, said.

The company’s Power division elected to move production out of Waukesha, Wisconsin last year after the charter for the U.S.’s Export-Import Bank was allowed to lapse. Export Development Canada’s relationship with GE helped ensure the reciprocating engine plant moved north of the border.

Though GE said it expected to create 350 jobs at the facility when the project was first announced last year, the company now says the first phase of the project will create just 150 jobs. GE Canada spokeswoman Kim Warburton said the company anticipates those numbers to grow over time, however.