Eric Burak has also been appointed as Chief Technology Officer. 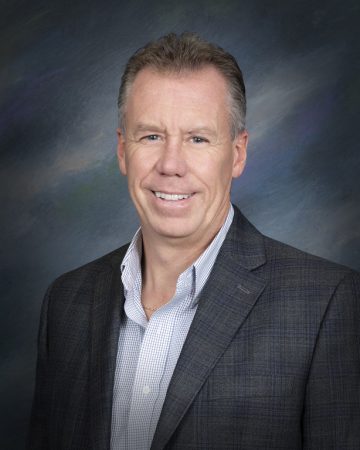 “Chris’ expertise and success in radiopharmaceutical research and development is scarce in our industry, and we are excited to have him join Fusion,” said Chief Executive Officer John Valliant, Ph.D. “In addition to his proven track record around the development of PSMA-targeted radioligand therapies, Chris brings a wealth of experience developing and moving innovative cancer therapies from discovery through clinical proof of concept. Chris will augment our R&D team’s expertise in radiopharmaceutical discovery, manufacturing and development as we continue to expand our pipeline of targeted alpha therapies (TATs).”

Dr. Leamon was most recently executive director, radioligand drug discovery at Novartis. Prior to Novartis, he was vice president, discovery research at Advanced Accelerator Applications, a subsidiary acquired by Novartis in 2018. Before that, he held several positions within Endocyte, including vice president of research and most recently, president. At Endocyte he contributed to the research and development of the company’s PSMA-targeted radioligand therapy program for metastatic castration-resistant prostate cancer prior to the acquisition by Novartis. Prior to Endocyte, Dr. Leamon held various research and development roles at Ionis Pharmaceuticals and GlaxoSmithKline. Dr. Leamon obtained a bachelor of science degree in chemistry from Baldwin Wallace University, and a doctor of philosophy degree in chemistry, with a concentration in biochemistry, from Purdue University.

Dr. Valliant continued, “Eric has been instrumental in building Fusion, including leading our pioneering use of alpha-emitting radiation to create targeted therapeutics, developing Fusion’s proprietary Fast-Clear™ linker technology and moving our first two programs through investigational new drug (IND) application approval. With our first program, FPI-1434, in the clinic, a second TAT, FPI-1966, having cleared its IND application, an additional small molecule TAT, FPI-2059, on track for an IND filing in the first half of 2022, and our multi-asset development partnership with AstraZeneca progressing, Fusion is expanding its non-clinical team and making investments in actinium production and GMP manufacturing. With this growing pipeline, Eric will leverage his extensive TAT and drug development expertise and continue his leadership role focusing on these critical initiatives.”