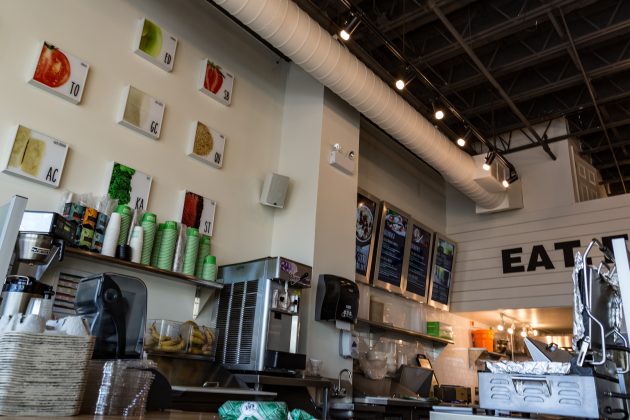 The CEO of Freshii Inc. called it “a humbling experience” to face up to what he could have done better leading the restaurant chain over the past two years as it reported a loss and shrinking same-store sales in its most recent quarter.

“We’ve been trying to do too much at once and, in trying to do everything, we haven’t been able to do anything as well as we want it,” said Matthew Corrin during a conference call with analysts Friday.

The company, which released its fourth-quarter results after markets closed Thursday, has faced repeated challenges in several areas, he said.

Corrin outlined big growth plans a few years ago, anticipating the chain would have 810 to 840 stores by the end of its 2019 financial year. Freshii scaled back that target in September 2017 to between 730 and 760 stores. Corrin then scrapped the company’s long-term outlook through 2019, including the revised store count goal, in November 2018.

During the company’s quarter ended Dec. 30, 2018, same-store sales fell 6.1 per cent compared with growth of 6.4 per cent in the same quarter in the previous year.

The company experienced continued weakness in some U.S. markets as well as a slowing across Canada in its most recent quarter, Corrin said.

For the full year, the metric fell 1.2 per cent compared with growth of 5.5 per cent in 2017, which Corrin called “unacceptable” especially for the back half of the year.

Freshii’s also struggled with a cohort of underperforming stores that need to be addressed, Corrin said.

Corrin has spent the past 100 days assessing these challenges and travelling to six of the company’s biggest franchise markets to meet with more than 100 franchisees and some of their staff to learn their perspective on how he could better lead the company.

“We need to do fewer things, but to do them better,” Corrin said.

The company will focus on driving franchisee profitability in the coming quarters, he said, which will likely lead to somewhat slower unit growth over the next little while.

The shift from growing store count to boosting franchisee profits meant the company reduced its headquarters staff by about 20 per cent late last year, he said.

The company is working to simplify its menu and remove underperforming items, he said, in an effort to improve guest experience and make restaurants more profitable.

Freshii is also working to develop new items to boost lunchtime traffic, that will start to appear in restaurants this spring, Corrin said. The company is also looking to upgrade its protein and some premium toppings.

It is designing its first global media campaign, dubbed “let there be lunch,” which will roll out in the second quarter.

Freshii announced Thursday it will soon sell its prepared food offerings in 100 Walmart Canada locations by the end of April, as well as online. It already has similar partnerships with Air Canada and Shell, and Corrin said to expect similar announcements in the coming quarters.

Total revenue, which includes its franchised shops and its company-owned stores, totalled $5.65 million for the quarter, up from $4.85 million a year earlier.

Freshii shares were down 52 cents or about 16 per cent at $2.79 in trading on the Toronto Stock Exchange on Friday afternoon.