French President Emmanuel Macron said the world should follow the example of Kenya, which now gets 75 per cent of its power from renewable resources 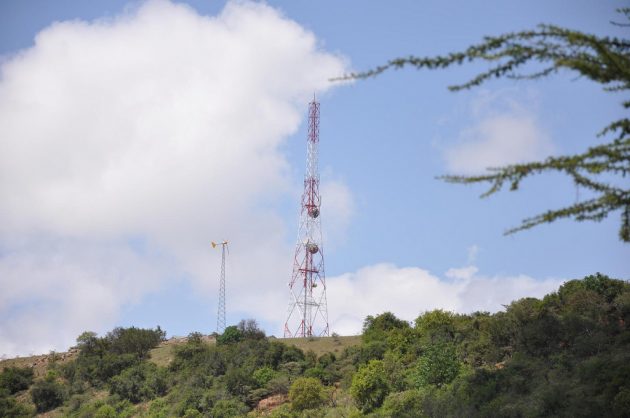 NAIROBI, Kenya – France’s president and others made passionate calls on Thursday to speed up the fight against climate change, telling a United Nations environmental summit that impatience is growing among those who will inherit the battle.

“Our youth tell us, ‘You are not moving fast enough.’ They have reason to be impatient because we’ve acted too slowly,” French President Emmanuel Macron said. “The best response to climate change is not words, but actions.”

Macron, who opened the One Planet Summit on the sidelines of the United Nations Environmental Assembly, said green energy is the way forward. He said the world should follow the example of Kenya, which now gets 75 per cent of its power from renewable resources.

He and others pointed out that Africa is crucial in the fight because the first impacts of climate change are already visible on the continent of more than 1 billion people.

Some leaders and experts said Africa must find its own solutions to mitigate the impacts of global warming. The continent stands to suffer the most from climate change, even though it contributes least to the problem.

Wanjiru Kamau-Rutenberg, director of African Women in Agricultural Research and Development, said Africa must stop importing scientists and develop its own through education.

Macron has sought to position himself as a global climate champion and guarantor of the Paris climate accord, notably standing up to President Donald Trump’s climate skepticism.

But on Thursday four activist groups launched legal action to try to take the French state to court for not doing enough to fight climate change.

The groups launched an online climate petition in December that garnered more than 2 million signatures. The groups have now filed a formal legal inquiry in a Paris court.

French environmental groups are planning climate protests around the country on Saturday to back the legal challenge – which they’ve dubbed “The Affair of the Century” – in addition to the climate marches planned around the world on Friday.

Thursday’s event was dedicated to the 157 victims of Sunday’s Ethiopian Airlines crash in neighbouring Ethiopia, said Siim Kissler, president of the U.N. Environmental Assembly. Some of the dead reportedly had been travelling to the meeting.

The victims, Kissler said, “lost their lives in the pursuit and in the belief that we must, and we can, build a better future for this planet and our children together.”