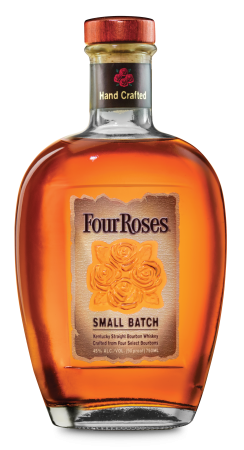 FRANKFORT, Ky. – An iconic Kentucky bourbon that reintroduced itself to American whiskey drinkers only last decade is ready to ramp up production in hopes of gaining a greater foothold in the U.S.

Four Roses Distillery on Tuesday celebrated the completion of a US$55 million expansion that will double production capacity at its plant at Lawrenceburg, Kentucky.

The brand was a post-Prohibition powerhouse but disappeared from American shelves as a Kentucky straight bourbon for decades. It’s only been since 2002 that the 131-year-old brand’s straight bourbons returned to American bars and liquor stores, after Japanese-based Kirin Brewery Co. purchased Four Roses. A previous owner had turned Four Roses into a blended whiskey for U.S. consumption, while shipping the straight bourbons to foreign markets.

Since the initial reintroduction, which came in the early years of bourbon’s American comeback, Four Roses has spread to all 50 states along with dozens of foreign markets.

But demand has outpaced supply – a problem the distiller hopes will vanish with the expansion, which will increase production capacity from 4 million to 8 million proof gallons – enough to fill more than 130,000 barrels a year, the distiller said.

“It will allow us to not hold back our sales staff and really promote the product as much as we want,” Four Roses Chief Operating Officer Ryan Ashley said in a phone interview. “Because right now, we’ve been holding back. We recognize that we could be selling a lot more.”

A majority of the expanded volume will be made for the U.S., Ashley said.

“That’s really where the big rush is,” he said.

Its biggest export markets are in Japan and Europe.

The expansion, which started in 2015, features $34 million of additions at the distillery – two new buildings and equipment that includes a new column and doubler still and more fermenters. The new buildings are modeled after the distillery’s distinctive Spanish mission-style look. Another $21 million of additions were made at its warehouse and bottling facility in Cox’s Creek, Kentucky.

The Four Roses project is part of an overall $2.3 billion building boom under way among members of the Kentucky Distillers’ Association, said KDA President Eric Gregory. The projects include new and expanded production facilities, more warehousing and bottling lines and new and expanded tourism centres. Four Roses is a popular stop on the Kentucky Bourbon Trail.

“It’s phenomenal what they have done to resurrect that brand,” he said. “It wasn’t that long ago that you couldn’t find Four Roses on the shelves in Kentucky.”

The new product will soon be available in five focus markets – Kentucky, California, New York, Georgia and Texas – and will spread to many more states by 2020, Ashley said.