Ford’s promised ‘open for business’ signs going up within weeks 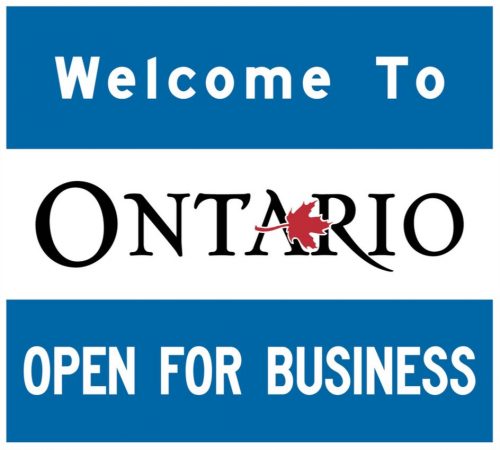 TORONTO – Travellers driving across the border into Ontario will soon see signs put up by the government that say the province is open for business.

Premier Doug Ford, who repeatedly promised such signs during the spring election campaign, says they will be set up in the coming weeks.

The boards aren’t as flashy as what Ford had pledged at one point – the premier had said he’d have a large neon sign at the border to help drive investment to Ontario.

The bilingual signs unveiled by Ford at a meeting of Ontario’s Chamber of Commerce on Friday are blue and white and say “Welcome to Ontario, Open for Business.”

Ford’s office did not say how much the signs will cost taxpayers.

Green party leader Mike Schreiner says Ford’s Progressive Conservatives should focus on governing instead of wasting money on what he called “goofy” signs.