Ford would reconsider U.K. investments if no deal on Brexit

A no-deal Brexit would be a disaster for U.K.'s automotive industry and for Ford Motor Company, said Ford of Europe Chairman 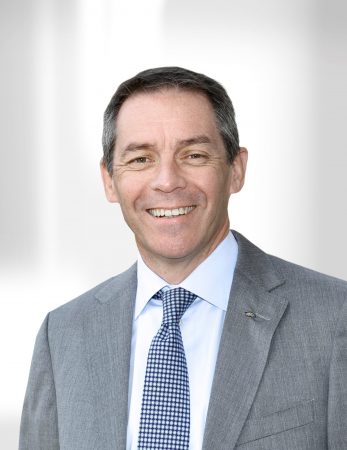 HALFWEG, Netherlands – Ford warned Tuesday that it will reconsider its investments in Britain if the country cannot work out a deal to leave the European Union that guarantees smooth trading with the bloc.

At a glitzy unveiling of new cars with electric and hybrid engines, Ford of Europe Chairman Steven Armstrong warned of the potentially disastrous effects of a no-deal Brexit, in which the country leaves without a deal on future trade relations. That could mean tariffs and border checks that could seriously disrupt businesses, particularly the auto industry.

In such a scenario, Ford “will have to consider seriously the long-term future of our investments in the country,” Armstrong told The Associated Press.

The warning came the day after British lawmakers voted down a series of alternatives to Prime Minister Theresa May’s Brexit deal with the EU. The EU’s chief negotiator, Michel Barnier, said the possibility of Britain leaving the bloc without a deal is becoming “more likely” by the day. Britain is due to leave in 10 days.

“We’ve been very consistent since the referendum that a hard Brexit, a no-deal Brexit, would be a disaster for the automotive industry in the U.K. and within that of course I count Ford Motor Company,” Armstrong told The Associated Press. “So anything that puts tariffs or friction at the borders in place would be a significant inhibitor to our business. We’ve been very clear in saying that could cost us up to a billion dollars a year.”

Armstrong said the company already is spending tens of millions of dollars preparing for the possible effects of a no-deal Brexit, which could clog ports and slow deliveries of components and cars between continental Europe and the U.K.

“The best case for me would be that that money is actually wasted because we actually reach a deal,” Armstrong said. “So I would encourage all parties concerned to figure out how to get us to a deal that guarantees frictionless trade because otherwise we will have to consider seriously the long-term future of our investments in the country.”

Ford of Europe, based in Cologne, Germany, has 53,000 people working for it directly and 68,000 when joint ventures such as those in Russia and Turkey are included.

In January, Ford said it will drop an unspecified number of jobs in Europe as it seeks to make its business more consistently profitable. Ford is refocusing on commercial trucks and SUVs and dumping less lucrative models while shifting production to electric cars over the longer term.

“Brexit is not the reason for that, but it clearly is another factor that if we were to get a hard Brexit we would have to think seriously about what further steps we’d have to take,” Armstrong said.

At Tuesday’s event in a disused sugar factory on the outskirts of Amsterdam, Ford showed off 16 new electrified vehicles, from the compact Fiesta to the popular commercial Transit van. Eight of the models will go on sale before the end of the year.

“We’re demonstrating really that our push for electrification through different kinds of hybrids all the way through full-battery electric vehicles is going to have an offer for anybody,” Armstrong said.

Ford recently announced an alliance with Volkswagen to jointly develop the next generation of commercial vehicles.

It may not end there.

“There are other discussions going on on other areas that we could potentially collaborate,” Armstrong said. “But thus far what we’ve announced and the progress we’ve made is all around light commercial vehicles and our small pickup trucks.”