The compact will become Ford's first vehicle built in China to be sold in the U.S. The production shift follows a January showdown between American automakers and the Trump administration over offshoring work to Mexico 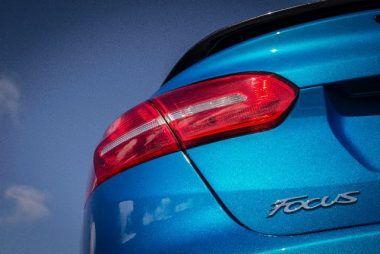 Sales of the Focus were down 20 per cent through May this year. PHOTO: Ford

DETROIT—Ford Motor Co. will export vehicles from China to the U.S. for the first time starting in 2019.

Ford will move production of its Ford Focus small car from the U.S. to China, where it already makes the Focus for Chinese buyers.

Ford’s president of global operations Joe Hinrichs says the move will save Ford US$1 billion, including $500 million from cancelling a new plant in Mexico that was intended to build the Focus.

“Finding a more cost-effective way to deliver the next Focus program in North America is a better plan, allowing us to redeploy the money we save into areas of growth for the company—especially sport utilities, commercial vehicles, performance vehicles as well as mobility, autonomous vehicles and electrified vehicles,” Hinrichs said.

Earlier this year, Ford cancelled a $1.6 billion plant planned for San Luis Potosi, Mexico after facing significant pressure from then President-elect Donald Trump. Despite the backlash, the automaker had maintained plans to continue producing the the Focus at a plant in Hermosillo, Mexico until now.

U.S. Focus sales were down 20 per cent through May, hurt by low gas prices and consumer preference for SUVs. But Hinrichs said small cars remain an important part of Ford’s business.