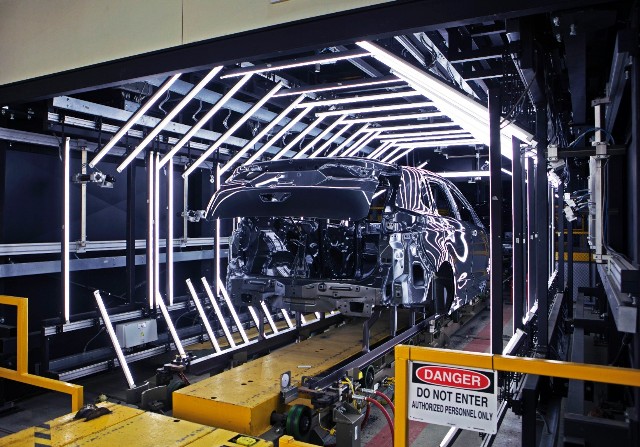 The Edge is built at the company’s Oakville, Ont. facility. PHOTO: Ford

Ford noted the recall is not related to the larger Takata airbag recall linked to 16 deaths, however.

Instead, the U.S. automaker said the airbags may not completely fill, or the airbag cushion may detach from the airbag module during a frontal airbag deployment. It added that the issue was caused by misaligned components within the airbag module.

The Edge and MKX are built at the company’s Oakville, Ont. Assembly Plant, while the Continental is assembled at a facility in Flat Rock, Mich. Approximately 27,531 of the vehicles were sold in the U.S. and 4,336 in Canada.

Dealers will replace the driver frontal airbag module for free.