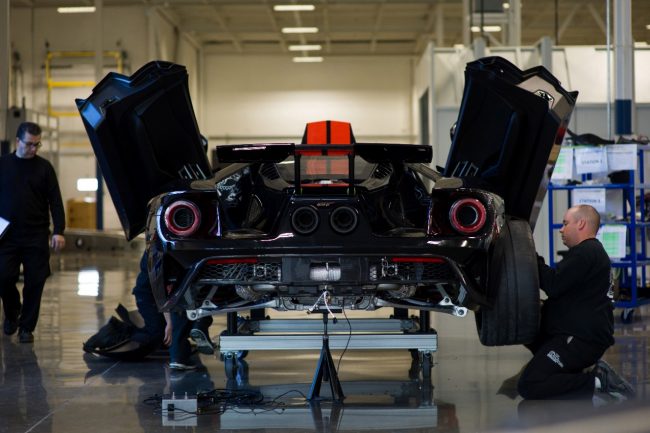 The Ford GT is being built at Multimatic in Markham, Ont. The automaker originally planned a two-year production run, but has since revised its schedule to four years. PHOTO: Nick Busato/Ford

With the track-version of the performance vehicle busy collecting accolades, including a win at the 2016 Le Mans 24 Hours in June, enthusiasts have been awaiting a street-legal version of the GT since the vehicle was first announced in January of 2015. 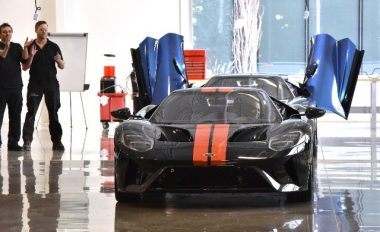 “When we kicked off 2016, we had two primary objectives for our Ford GT supercar—to excel at Le Mans, and to start deliveries before year-end,” Nair said. “We’ve achieved both.”

“The all-new Ford GT is a showcase of our strength in innovation and our commitment to delivering more for our customers—especially related to light-weight materials, aerodynamics and EcoBoost engine technologies,” Nair added.

Ford originally planned two years of production for the GT, but has since doubled the run to four years.

With the first road-worthy GT fresh off the assembly line, the company said it will begin deliveries of the supercar to customers around the world immediately.

At approximately US$400,000, it’s the century-old automaker’s most expensive vehicle ever.