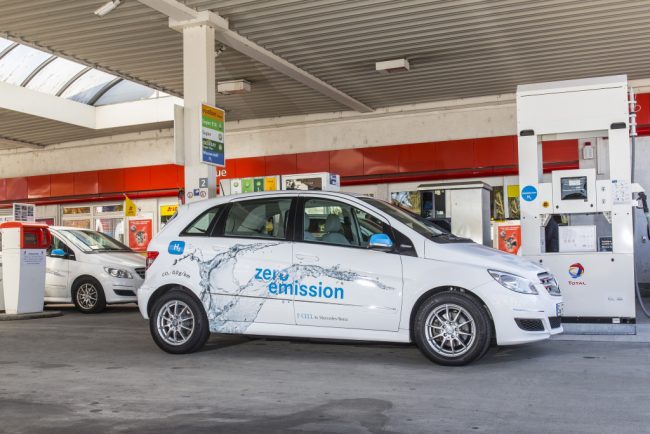 VANCOUVER—A Ford Motor Co. and Daimler AG joint venture aimed at bringing automotive fuel cells to the mass market is getting a boost from the federal government.

The company has been working on fuel cell stacks in Metro Vancouver since 2008 and will use the funds to develop and test its next generation of fuel cells.

“Demand for automotive fuel cell development is higher than ever before,” Thorsten Wesse, the company’s CEO said in a statement, pointing to hydrogen vehicles’ high range and zero tailpipe emissions.

Though a number of challenges remain, including a lack of hydrogen infrastructure and the rising popularity of battery electrics, a recent study found a strong majority of auto industry insiders expect fuel cell vehicles to eventually break through to replace gas-powered cars.

Likewise, Rob Artibise, the senior manager of stack engineering at AFCC said fuel cells are “critical” to meeting climate change targets and will enable the transportation to reduce its reliance on fossil fuels.

“Fuel cells are the only zero-emission powertrain that can meet the extended range and rapid refueling desired by consumers,” he said, identifying two typical shortcomings of battery electric vehicles.

Most of the major automakers are working on FCVs in some capacity and several, including Honda, Toyota and Hyundai have released hydrogen-powered cars in the mass market. Ford and Daimler originally picked Vancouver to set up shop as a result of the city’s track record with fuel cells, as well as the province’s hydroelectric resources, which can produce hydrogen through electrolysis emissions-free. The city is also home to long-time developer Ballard Power Systems Inc.

According to SDTC, the production of FCVs is expected to exceed 70,000 vehicles per year by 2027.

With the fresh SDTC funding, the Ford and Daimler team will continue working to reduce the cost of fuel cells to make them competitive with typical gas engines. The arms-length government organization also said Daimler plans to demonstrate the fuel cells AFCC’s fourth-generation fuel cells in its vehicles.