The contracts are to maintain Canada's 12 Halifax-class frigates until the end of their operational life, estimated at another 20 years 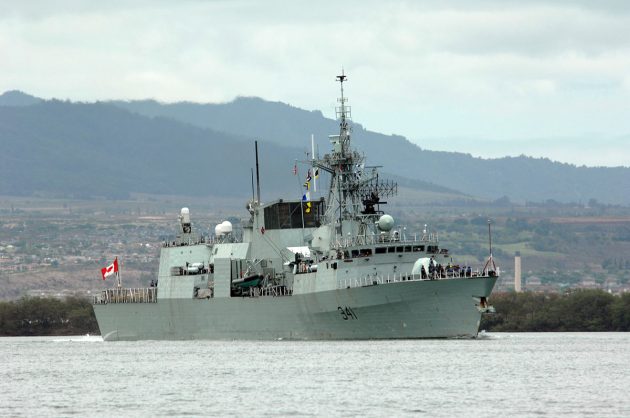 OTTAWA – The federal government has awarded contracts worth $7 billion to three shipyards for maintenance and repair work on Royal Canadian Navy frigates.

The contracts are to maintain Canada’s 12 Halifax-class frigates until the end of their operational life, estimated at another 20 years.

The government says in a statement that after consultations, it was decided the infrastructure and workforce of the three Canadian shipyards were needed to work on the frigates. It was not immediately clear how the money would be divided among the three locations.

The work on the frigates is necessary while the navy awaits the delivery of replacement Canadian Surface Combatant ships.

The deal allows other interested suppliers 15 days to come forward if they wish to bid on the contract and submit a statement of capabilities that meets the requirements laid out in the contract notice.

Last month, workers at Halifax’s Irving Shipyard raised concerns about repair work they currently do being transferred to Quebec.