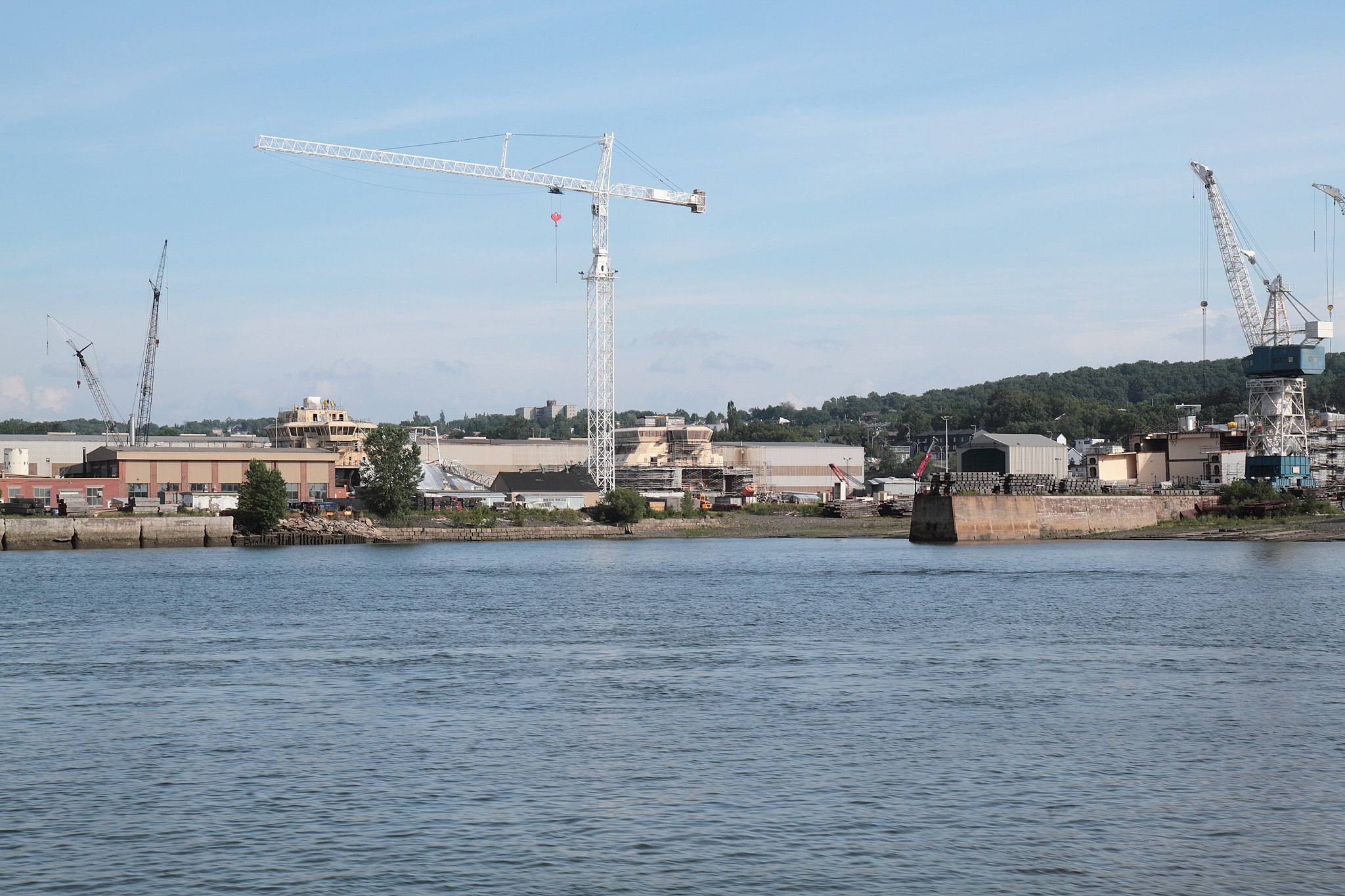 OTTAWA – The federal government has amended its search for a third shipyard in line for potentially billions of dollars in work following allegations of bias for Quebec’s Chantier Davie yard, but is standing firm in several other areas.

Public Service and Procurement Canada said in a statement Monday it had “corrected” an “inconsistency” in the size of vessel that interested shipyards must be able to build to qualify for consideration as the third yard.

The original requirement was one of several flagged by Hamilton-based Heddle Marine in a complaint to the Canadian International Trade Tribunal last week as not legitimate or reasonable – and potentially biased toward Davie.

Not only would the condition have disqualified all Ontario-based shipyards – their vessels must be 23.8 metres or less to traverse the St. Lawrence Seaway – but Heddle said in its complaint that the requirement didn’t make sense.

That’s because the third shipyard will be building six new Coast Guard icebreakers measuring only 20 metres in width, according to the government. And those ships will be used in the Great Lakes – meaning they must fit through the Seaway.

Public Procurement spokeswoman Stefanie Hamel did not respond to questions Monday about the reason for the original requirement, saying only that it was “inconsistent in the dimensions of the vessels” the third shipyard would build and launch.

“This inconsistency has been removed to clarify that the required vessel dimensions are 110 meters in length and 20 metres in breadth,” she said in an email.

The government also backed off a requirement that shipyards be able to launch vessels year-round, which Heddle had argued against since the St. Lawrence Seaway is closed through much of the winter for repair.

Heddle, which owns the Thunder Bay shipyards and Port Weller dry docks in Ontario, had noted in its complaint that the government had provided a two-year window for the launch of the first icebreaker.

The amendment “aligns with the stated requirement that the vessels must be delivered within the timeline … without specific reference to a time period during the year in which they must be delivered,” Hamel said.

The government also announced it is extending the deadline for shipyards to apply for consideration as a third yard until the end of the week. Shipyards originally had to submit applications on Monday.

Davie, which has received several federal contracts without a competition in recent years and is located in an area of the country likely to be hotly contested in the fall federal election, declined to comment Monday.

Yet the government refused to bend on requiring shipyards to have a contract now or recent experience in building a ship weighing more than 1,000 tonnes or integrating a module weighing that much into “an offshore marine structure.”

That is despite Heddle having complained to the trade tribunal that no shipyard in Canada “is capable of satisfying this requirement except Chantier Davie Canada.”

In an update to potential bidders, the government said: “Canada is satisfied that meeting anyone of the criteria above (together with other criteria in the process) represent(s) the minimum general experience and capability … to prequalify.”

Despite the government’s insistence on the latter requirements, Heddle Marine president Shaun Padulo told The Canadian Press he was cautiously optimistic the other changes would lead to a fair selection process for the third yard.

Heddle plans to partner with Netherlands-based Damen Shipyards, which operates 36 facilities around the world and which Padulo said should satisfy the requirement shipyards have recent construction experience.

“The whole objective of this national shipbuilding strategy was to rebuild shipbuilding capacity and ship-repair capacity,” said Padulo, who insisted his concerns are not with Davie but the way the government has managed the process.

“What better way to do that than partner with one of the best shipbuilders in the world and have them set up shop at Port Weller with us. So I’m not too worried about the requirement unless they find another way to try and bounce it from us.”