The most recent timetable says construction of the first supply ship won't be finished until at least 2021, with completion of the Diefenbaker similarly delayed until 2022 or 2023 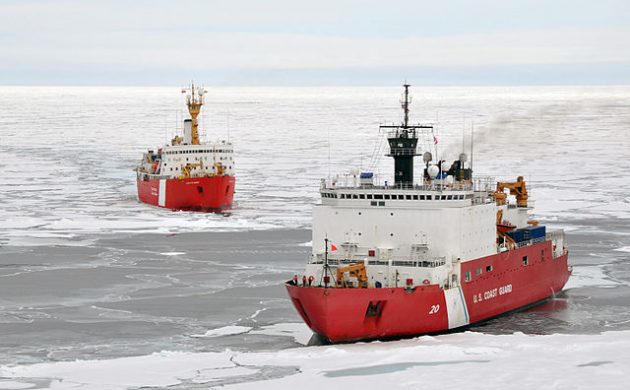 The delays, revealed in departmental reports recently tabled in the House of Commons, are expected to cost taxpayers as the navy and coast guard are forced to rely even more heavily on stop-gap measures to address their needs.

The two supply ships, which together will cost $2.6 billion, and the $1.3-billion polar icebreaker, dubbed the John G. Diefenbaker, are to be constructed one after the other in Vancouver by shipbuilding company Seaspan.

National Defence and the Department of Fisheries and Oceans reported last year that the first new supply ship would enter the water in 2020, while the Diefenbaker would arrive in 2021 or 2022.

But the departments’ most recent timetable says construction of the first supply ship won’t be finished until at least 2021, with completion of the Diefenbaker similarly delayed until 2022 or 2023.

When the federal government’s $35-billion national shipbuilding plan, which includes construction of new Arctic patrol vessels and a fleet of warships in Halifax, was first announced in 2010, it was expected the supply ships and icebreaker would all be finished by 2018.

Those challenges were also responsible for pushing back construction of the Diefenbaker, as work on the icebreaker can’t start until the supply ships are finished.

The federal government has already committed millions of dollars in recent years to extend the lives of the current icebreaker fleet.

But the new delays help explain why the coast guard started looking last month at whether it can lease between one and five icebreakers from the private sector for the foreseeable future.

They also mean that the navy will be forced to rely more on allies as well as a converted civilian cargo ship to provide fuel, food and other supplies to Canadian naval ships at sea.

There have been questions over the years about Seaspan’s ability to construct complex military vessels, given that its previous shipbuilding experience has largely revolved around ferries and tugboats.

The company referred questions to the government.

“The whole enterprise is very behind schedule,” he said.