The Accelerator supports early-stage agtech companies to scale-up and grow by providing critical access to resources, programming and capital investment. 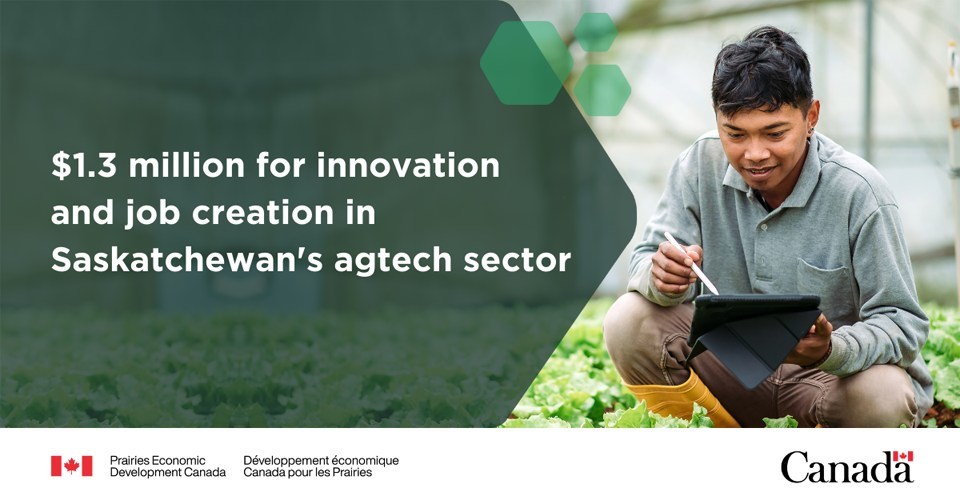 REGINA — On Jan. 24, Daniel Vandal, Minister of Northern Affairs, Minister responsible for Prairies Economic Development Canada and Minister responsible for the Canadian Northern Economic Development Agency, announced an investment of $900,000 to support Regina’s new Agtech Accelerator, and an additional $400,000 to support Jobbox Software Inc. (Jobbox) as they expand functionality and markets for their technology.

Canada’s first venture-backed Agtech Accelerator was established by Economic Development Regina (EDR), Cultivator powered by Conexus and Emmertech. The Accelerator supports early-stage agtech companies to scale-up and grow by providing critical access to resources, programming and capital investment. The Accelerator builds globally competitive agtech start-ups and supports a long-term vision of further solidifying Regina and Saskatchewan as a global agtech hub that is focused on the agri-food value chain. It is a key part of EDR’s agriculture and food strategy, which builds on regional strengths and unique assets, while reducing barriers to growth.

Jobbox, also supported by Cultivator, has built a platform called ServiceBox, to assist field service companies to manage their business workflow digitally in real time. The Government of Canada is delivering additional investment to this growing firm to support further economic growth and innovation. This support will enable Jobbox to expand its platform and increase sales and marketing of its services throughout Canada and the United States.