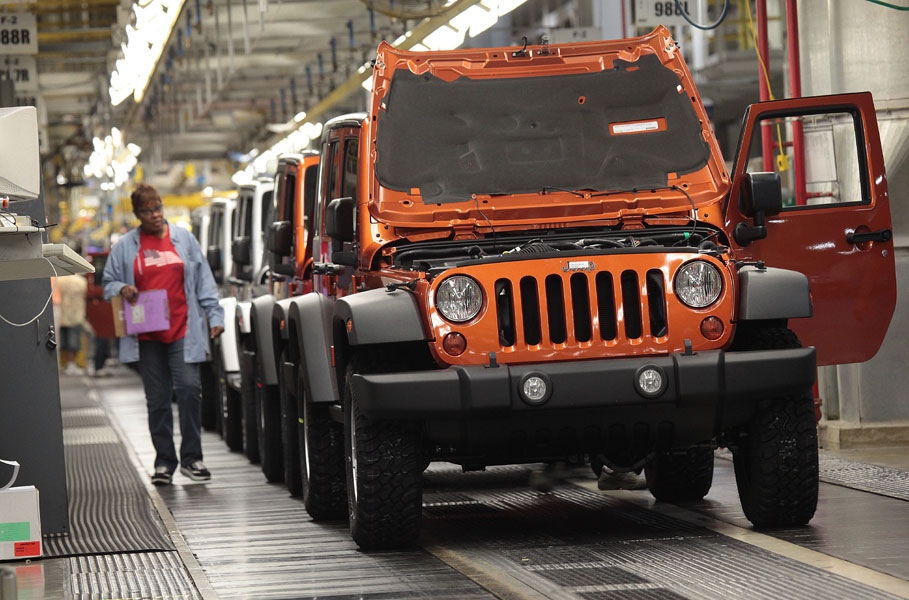 TOLEDO, Ohio—Keeping production of the Jeep Wrangler in the city where the original Jeeps began rolling off the assembly line during World War II will take a sizable investment, the head of Fiat Chrysler Automobiles N.V. (FCA) said.

A decision has not been made on whether the Wrangler assembly line will be moved, FCA chief executive Sergio Marchionne said at the North American International Auto Show (NAIAS) in Detroit.

FCA is considering moving production of the Wrangler so the vehicle can be made with an aluminum body.

The automaker has said the changes needed to make a redesigned Wrangler would be too costly at the Toledo plant, which also makes the Jeep Cherokee.

But the automaker has assured city and union officials that employment at the plant would not change even if Wrangler production is moved elsewhere, most likely by bringing in a new vehicle to build.

Marchionne reiterated that during the 2015 NAIAS.

He also noted that half of the one million Jeeps sold worldwide last year were made in Toledo.

“We’re not ignoring what these guys have done,” he said. “We owe them something.”

Marchionne said the challenges of keeping the Wrangler in Toledo include the current design of the plant, which opened in 2001, and the cost of reconfiguring it, as opposed to moving it to an existing factory with excess capacity.

“We’re still working through the details, that’s all I can tell you,” he said.

Union leaders and politicians in Toledo have started an effort to make sure the plant keeps making the Wrangler.

The city in recent months bought 32 acres next to the assembly plant if the automaker wants more land for a new plant.

United Auto Workers (UAW) union officials have said their concern is that even if another model replaces the Wrangler, it might not match the Wrangler in sales or longevity.