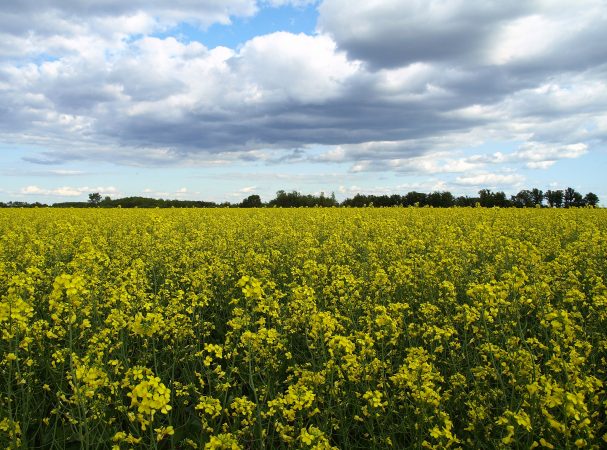 OTTAWA – Canola farmers whose livelihoods have been targeted by China in its feud with Canada say it’s time for the federal government to be aggressive at the political level in its fight against a growing number of agricultural trade barriers around the world.

They reminded MPs in Ottawa about a number of major trade obstacles faced by Canadian agricultural exporters in faraway markets like India, Italy, Vietnam and Saudi Arabia.

“Canada can feed the world but not if our government does not act strongly on our behalf, removing non-tariff trade barriers, enforcing existing trade agreements and removing political roadblocks,” Alberta canola farmer Stephen Vandervalk told the House of Commons agriculture committee.

Citing concerns about pests, China has rejected canola-seed imports from Canada and has suspended the licences of two major Canadian exporters.

The moves to cut off the critical Canadian export have been widely viewed as China applying economic pressure on Canada in response to the December arrest of senior Huawei executive Meng Wanzhou in Vancouver at the behest of the United States.

Any extended canola dispute with China, which imported $2.7 billion worth of canola seed from Canada last year, would deliver a painful economic blow to producers, the supply chain and the wider Canadian economy.

The price of canola has fallen since the dispute started last month. The late-winter timing of the disruption has been particularly difficult because it’s forced many farmers to suddenly rethink the planting decisions vital to their businesses.

On Tuesday, producers made it clear to MPs at the committees that even with the urgency around the China conflict, the pain is not only about canola. Canadian farmers, they said, are staring at other big trade hurdles in world markets.

Several of the witnesses mentioned issues that have affected Canada’s durum wheat exports to Italy, wheat sales to Vietnam, pulse exports to India and feed-barley shipments to Saudi Arabia.

“The frightening reality is that almost every crop being grown in Canada is currently struggling with one trade barrier or another,” Reynolds said.

The Liberal government has insisted it wants to find a scientific solution to the canola dispute, in keeping with China’s insistence that the problem is tainted seeds.

The Liberals have established a working group that includes officials from Richardson International Ltd. and Viterra Inc. – the two exporters that have had their licences to sell canola revoked by China – and representatives from the governments of Alberta, Manitoba and Saskatchewan. Agriculture Minister Marie-Claude Bibeau has requested to send a delegation of experts to China to examine the issue. She’s said officials are exploring options to support farmers by expanding existing programs.

“There’s a pile of imports that come into this country from China – and maybe some of their ships should sit and wait in the water,” Kaun said. “Canadian canola is contaminated – it’s contaminated with political dirt and bureaucracy.”

“If we must play the game of grain inspections, so be it. But in the meantime Canadian grain farmers are the ones paying the price for the political failings.”