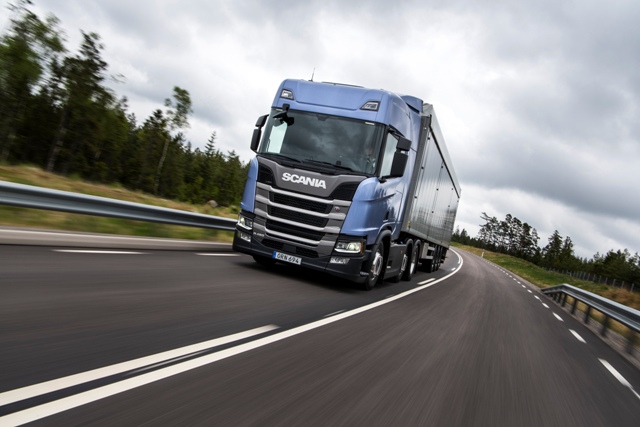 European regulators said Scania could have qualified for leniency if it had cooperated with investigators, but refused to help. PHOTO: Dan Boman/Scania

BRUSSELS—European Union antitrust regulators slapped Swedish truck-maker Scania Sept. 27 with an 880 million-euro (US$1.03 billion) fine for price fixing with other major producers to rig the market at the expense of consumers.

“Instead of colluding on pricing, the truck manufacturers should have been competing against each other—also on environmental improvements,” Vestager said.

The EU had settled with the MAN, DAF, Daimler, Iveco and Volvo/Renault on the cartel case last year, but Scania refused to co-operate. It says the company could have qualified for leniency if it had helped investigators.

Vestager said previous fines against the other companies on top of Wednesday’s announcement add up to a total of 3.8 billion euros, “a record fine for a cartel in the EU’s 60-year history.”

Without Wednesday addition, the fine slapped on the companies last year was already the biggest and twice as large as the previous record.

Scania maintained its innocence and said it would likely appeal.

“We have not made any agreement with other constructors regarding pricing and we have also delayed the introduction of new engines that meet EU legislation on exhaust emissions,” Scania spokeswoman Karin Hallstan told Sweden’s TT news agency.’

She added Scania needs time “to review this in its entirety, but if no significant new information has appeared in the investigation, we plan to appeal.”

Vestager said it was a clear-cut case with the companies meeting solely to rig the market.

“For the first few years of the cartel, this involved senior managers from the companies’ head offices meeting frequently. From 2004 onwards the cartel was organized at a lower level,” she said.

She singled out Scania as an active member.

—Jan M. Olsen contributed to this report from Copenhagen