EU shows united front on Brexit, loss of confidence in May

Brexit is extended until May 22, if May can persuade the British parliament to endorse the deal. Failing that, the PM would have until April 12 to choose a new path

March 22, 2019  by Lorne Cook And Samuel Petrequin, The Associated Press 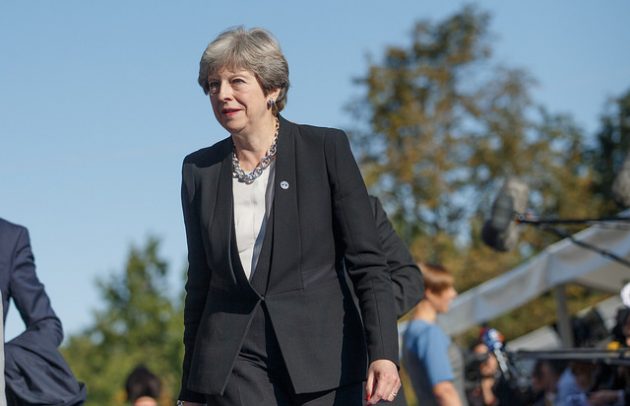 BRUSSELS—European Union leaders took back control of the Brexit process from British Prime Minister Theresa May, saying Friday they believe the risks were too great and that action was needed to protect the smooth running of the world’s biggest trading bloc.

May’s mantra since the Brexit referendum in 2016 has always been about “taking back control” of U.K. affairs from the EU. But leaders from the bloc showed at a Brussels summit that they too have a big say in how Brexit ends up, as the political tussle resumes in the British Parliament over how to proceed.

In a move that underlined their loss of confidence in May as she battles for her political survival, the leaders set two deadlines for Britain to leave or to take an entirely new path in considering its EU future.

At marathon late night talks in Brussels, they rejected May’s request to extend the Brexit deadline from March 29—just one week away—until June 30.

Instead, the leaders agreed to extend the date until May 22, on the eve of EU elections, if she can persuade the British parliament to endorse the Brexit deal. Failing that, May would have until April 12 to choose a new path.

“British politicians are incapable of implementing what the people asked them,” French President Emmanuel Macron told reporters. “This crisis is British. In no way must we (the EU) become stuck in this situation, so that is why we have given two deadlines. We are organized.”

The aim of the EU move is to ensure that Britain doesn’t take part in the May 23-26 elections if it is leaving. Candidates for the Europe-wide polls, being held amid deep concern that mainstream parties could lose seats to anti-immigrant groups and populists, must be enrolled by April 12.

“The U.K. government will still have a choice of a deal, no-deal, a long extension or revoking Article 50. The 12th of April is a key date,” said EU Council President Donald Tusk, who chaired the summit.

The leaders seized hold of the Brexit process when May—after repeated questioning—proved unwilling, or perhaps unable, to tell them what she planned to do next week if she fails yet again to convince a skeptical British Parliament to endorse the deal, EU officials said.

“We have to move forward. Our citizens, our companies have to be able to understand what the choice of the British Parliament is. We hope that it will be a rational choice, that it will be a choice to maintain close economic and security links with the European Union,” Belgian Prime Minister Charles Michel said Friday.

“We are now waiting for the British to say clearly to the European Union what they want for the future,” he told reporters.

The legally-binding Brexit agreement May sealed with her EU partners last November has been twice rejected by British legislators, once by a historic margin, and she has already angered the legislators by suggesting they are responsible the impasse.

“If Parliament does not agree a deal next week, the EU Council will extend Article 50 until 12 April,” May said, referring to the EU treaty article governing Brexit. “At this point we would either leave with no deal, or put forward an alternative plan.”

May also moved to heal the wounds caused by her televised speech to the public Wednesday evening—which some legislators slammed as “toxic” and a “low blow,” saying that she had “expressed my frustration. I know that MPs are frustrated too. They have difficult jobs to do.”

“I hope we can all agree, we are now at the moment of decision,” May said.

The Brexit battle now shifts back to Britain’s Parliament. Pro-EU lawmakers said the bloc’s decision showed that May needed to change course and consider alternatives to her rejected deal. They plan an attempt next week to force a change of direction by setting out a series of votes in Parliament on alternatives, including a plan to keep close economic ties with the EU.

“We need to open up this process because we have rejected her deal, we’ve rejected no-deal, the EU has decided to give us a little more time and we’ve really got to get on with it,” said Labour Party lawmaker Hilary Benn, who chairs the House of Commons Brexit committee.

“This won’t work if the prime minister is not prepared to move an inch,” he said. “I’m afraid that’s the story of the last two and three-quarter years.”

—Raf Casert and Jill Lawless in Brussels, and Danica Kirka in London, contributed to this report.