Upstart automaker prepares to give electric vehicle market a jolt 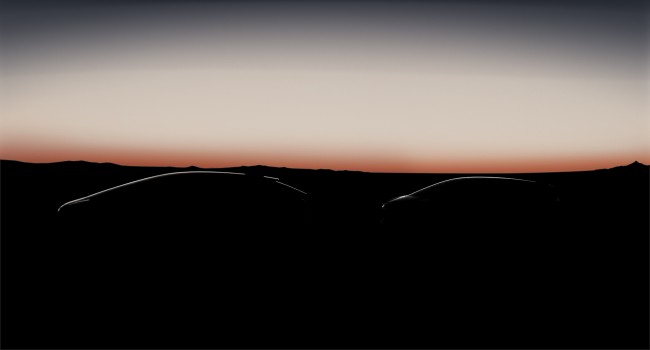 The cryptic image released by Faraday Future. The company says it will launch a fully-electric vehicles in 2017. PHOTO: Faraday Future

GARDENA, Calif.—A company headed by some of Tesla Motors Inc.’s former top brass is building momentum and driving toward the 2017 launch of a vehicle that would compete with the Silicon Valley automaker’s iconic EVs.

Faraday Future, which dubs itself a new electric vehicle and future mobility startup company, has announced it will invest US$1 billion in a U.S. manufacturing facility as part of a phase-one investment.

“We are very excited to make our $1 billion investment in U.S. manufacturing—and this is just phase one. Selecting the right location for the future FF manufacturing facility is critical to our overall goals. Producing our forward-looking and fully-connected electric vehicles not only requires the latest technology, but the right community partner,” Nick Sampson, the company’s senior vice-president and former director of Vehicle & Chassis Engineering at Tesla, said.

The camera-shy firm, which has secured private funding and amassed more than 400 employees since its founding less than two years ago, has enlisted three other Tesla directors and a BMW design head to round out its leadership team.

“With energy constraints, urban crowding, and the increasingly intrinsic relationship we have with technology, today’s cars simply do not meet today’s needs,” Sampson, said “Our range of 100 per cent electric and intelligent vehicles will offer seamless connectivity to the outside world.”

The company has released few other vehicle details beyond the 2017 launch target.

For its significant manufacturing investment, Faraday said it is considering locations in California, Georgia, Louisiana and Nevada.

“The exact site of FF’s ﬁrst manufacturing facility will be announced in the coming weeks,” the company said.

Meanwhile, the company said it plans to explore other aspects of the automotive and technology industries as well, including “unique” ownership and usage models, in-vehicle content and autonomous driving.