World energy demand and prices are expected to rise in 2015, and Canada’s production continues to outpace domestic demand 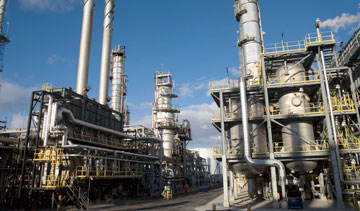 VANCOUVER—Global economic activity is expected to strengthen over the coming year, and increased momentum in the U.S. and China should lift Canada’s energy exports, according to recent HSBC research.

But the latest HSBC Global Connections Trade Forecast issues a caveat: in the long term, Canada’s ability to access fast-growing emerging markets is dependent on an increase in energy infrastructure capacity.

World energy demand and prices are expected to rise in 2015, and Canada’s production continues to outpace domestic demand, creating ample potential for Canada to ramp up its energy exports beyond its current key U.S. market.

“Oil will contribute nearly 50 per cent to the increase in exports over the next two years, however from 2017 to 2020, its share is forecast to drop below 20 per cent,” said Linda Seymour, executive vice-president and head of Commercial Banking at HSBC Bank Canada.

“Canadian firms need to expand and diversify their energy export strategies if Canada is to remain a key player in the global energy market. Rail will be the key driver until 2020 after which research shows that planned pipeline projects have the possibility to address this challenge,” she said, adding that if Canada can build the necessary infrastructure, it will be well placed to become a global exporter of oil.

The U.S. currently receives 97 per cent of Canada’s energy exports. Oil exports to the U.S. are expected to grow by 7.4 per cent in 2014-16, moderating to just above five per cent further out.