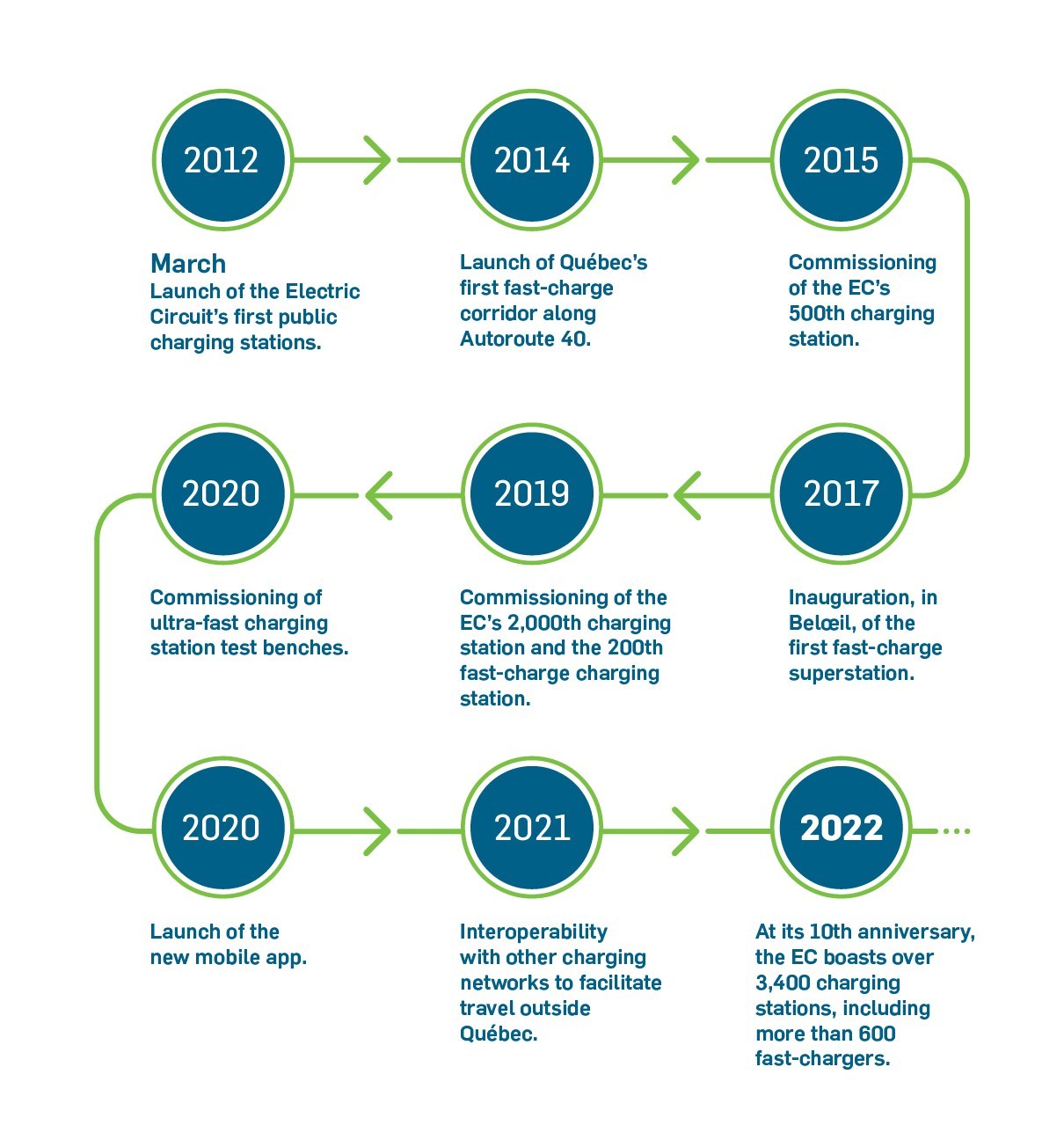 MONTRÉAL — Electric Circuit says it is celebrating the 10th anniversary of the commissioning of its first charging stations.

A statement from the public charging network says this anniversary comes at a time of growing interest in electric vehicles accompanied by growth in the number of EVs on the roads.

The Electric Circuit explained that 10 years ago its four founding partners, Les Rôtisseries St-Hubert, RONA, Metro, and the Agence métropolitaine de transport supported the deployment of nearly 100 charging stations during the launch year.

Electric Circuit gives itself credit for contributing to the development of Québec’s electric transportation ecosystem and adds that an example of this is AddÉnergie, a network operator based in the city of Québec. The company manufactures charging stations assembled in Shawinigan.

Within Québec’s EV ecosystem, Electric Circuit has turned to software from AXSO, a subsidiary of Hydro-Québec, to assist with the management of Electric Circuit’s charging stations. AXSO’s software has also become the foundation for the Electric Circuit app which uses AI to help EV users plan their trips and enhance their experience on the road overall.