ElectraMeccanica will continue to ramp production alongside its manufacturing partner and strategic investor, Zongshen Industrial Group. 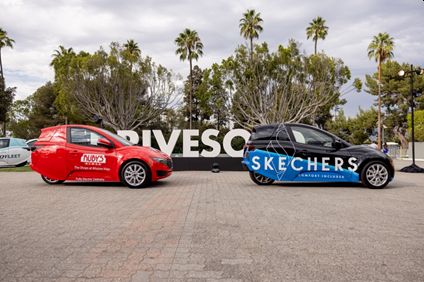 VANCOUVER — ElectraMeccanica Vehicles Corp., a designer and manufacturer of electric vehicles, has commenced the first commercial deliveries of its flagship single-seat SOLO electric vehicle (EV) as part of an invite-only unveiling event held in Los Angeles, California on October 4, 2021.

The event was hosted by the ElectraMeccanica senior management team at the Universal Hilton Hotel, adjacent to the iconic Universal Studios and a brief drive from the Los Angeles ElectraMeccanica Service and Pre-Delivery Inspection Facility. Initial deliveries were provided to early consumer reservation holders and the first fleet customers, including Skechers USA, Faction Technology, Cyber Yogurt and a popular Southern California Ruby’s Diner franchisee.

“We’re really excited to be contributing to sustainability by using the SOLO EV as a moving billboard for our business and to help with deliveries. It’s a fun vehicle to drive that supports our business initiatives,” said George Alexander, Ruby’s Mission Viejo.

“Our core values at Cyber Yogurt have always been quality, service and sustainability. We wanted to go with the SOLO EV because it allows us to demonstrate our commitment to sustainability. Even though we are a small business, we want to do our part to make a difference in our community,” said Pablo Tamashiro, Owner of Cyber Yogurt

ElectraMeccanica will continue to ramp production alongside its manufacturing partner and strategic investor, Zongshen Industrial Group, which produced early SOLO vehicles initially used for validation, marketing and advertising purposes throughout the Company’s retail footprint in 10 major markets spanning five western states. To support increased production capacities from continued demand, ElectraMeccanica remains on track to complete its new U.S. Assembly and Engineering Technical Center in Mesa, Arizona in Summer of 2022, which will have the ability to produce up to 20,000 vehicles per year.