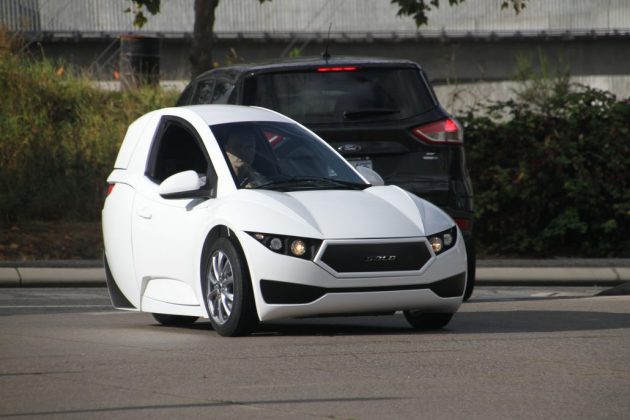 VANCOUVER — ElectraMeccanica Vehicles Corp., a designer and manufacturer of electric vehicles, announced that current Chief Operating Officer Kevin Pavlov has been appointed as Chief Executive Officer, effective immediately. Pavlov assumes the title from former CEO Paul Rivera and will also join ElectraMeccanica’s Board of Directors. In his expanded role Pavlov will continue to be responsible for overseeing operational growth as ElectraMeccanica ramps up commercial production with a focus on enhancing profitability and efficiency.

Pavlov brings automotive experience to ElectraMeccanica with a skillset covering global corporations, private board experience, government affairs, mergers & acquisitions and relevant experience with start-up companies. Prior to joining ElectraMeccanica in May of this year, he served as the COO and Director of Karma Automotive. Pavlov has held various other senior management roles In his career, most notably at Fortune 500 company Magna International, where he was, at different points in time, the COO of its E-Car Joint Venture, Global President and General Manager of Magna Electronics, and Executive Vice President of Magna’s Services, Ventures, and Innovation Group reporting directly to the CEO & Founder of Magna.

“Today, I announce that I am formally stepping down as CEO of ElectraMeccanica,” said Paul Rivera. “Since joining the company, it’s been my absolute passion to help transform an idea for affordable individualized transport from concept to reality. Now that ElectraMeccanica has started construction on its new US assembly facility and will begin delivering vehicles to its first customers, the company is poised for success and ready to build upon the foundation of the SOLO Ecosystem. I am proud of what the ElectraMeccanica team has accomplished during my tenure and look forward to supporting the transition, while moving onto new challenges deploying game changing technologies.”

Kevin Pavlov added: “ElectraMeccanica has the opportunity to play a critical role in changing how we interact with the world around us, effecting positive societal and environmental change. At this moment, we are entering a critical inflection point in our company’s maturation from a formerly developmental stage start up to a scaled production enterprise. I believe my direct experience working within automotive companies at all stages of development will prove to be a critical resource as we make this transition.”