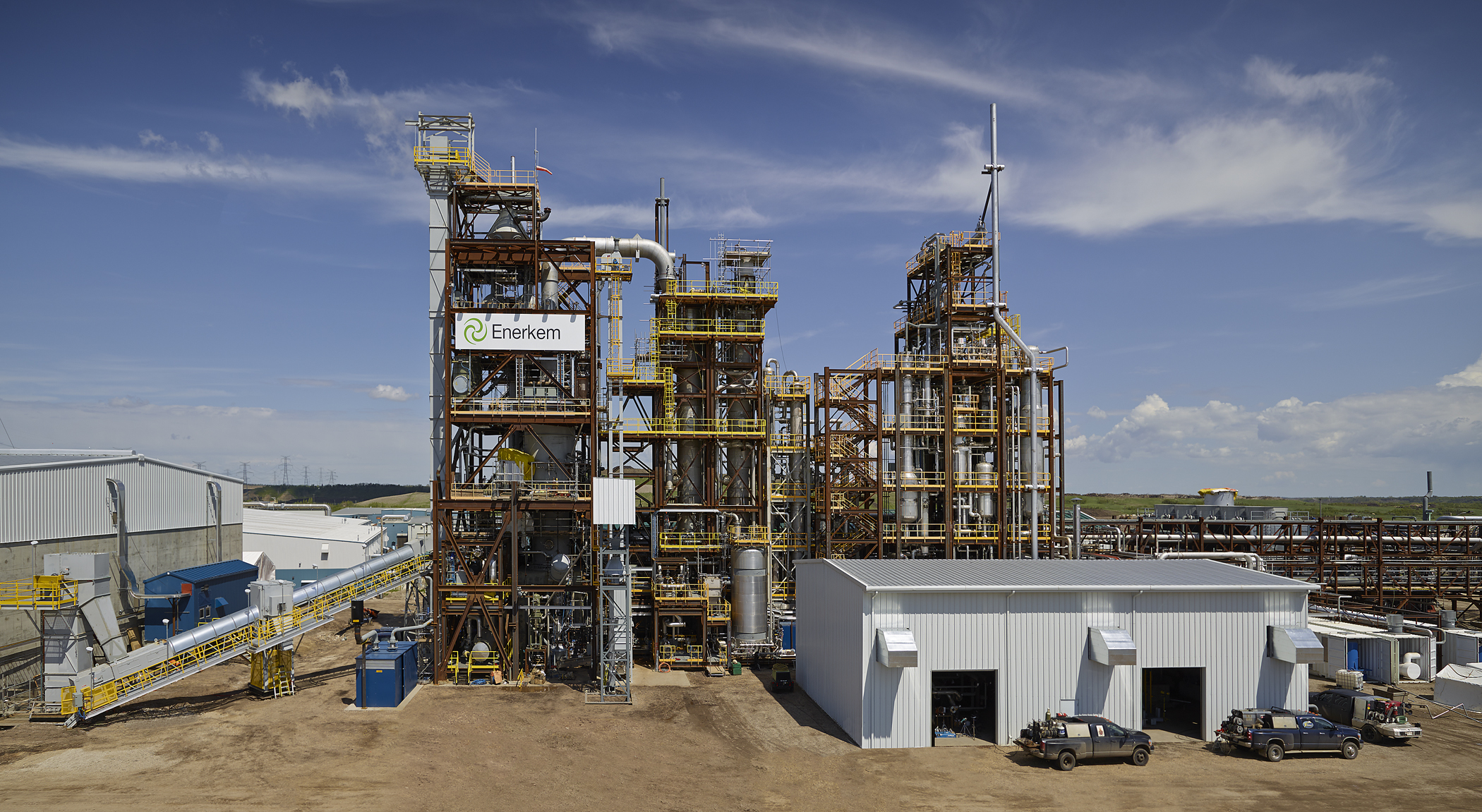 EDMONTON—This large swath of land just south of the Saskatchewan River is like a town unto itself, chalked full of facilities intended to work in harmony to make Edmonton one of the most waste-efficient cities in North America, and help repair the image of a province so often dogged by international eco-scrutiny.

From industry leaders to primary school students, people have been flocking to this 233-hectare site in the city’s northeast end mainly to see one facility in particular. Owned by Enerkem Inc., the thermochemical facility has become the flagship of this innovative public-private waste partnership, and is currently one of the most high-tech integrated waste projects on the planet—one that has set its sights on getting the City of Edmonton to a waste diversion rate of 90 per cent by 2016.

Any day now, commercial production will begin at Enerkem Inc.’s municipal waste-to-biofuel and chemical facility at the Edmonton site, among the first of its kind. Once up and running, the facility will produce ethanol and methanol from non-recyclable municipal residential waste in just five minutes.

“They were looking for a technology that would help them achieve that waste diversion rate, and selected us,” says Marie-Hélène Labrie, Enerkem’s senior vice-president of government affairs and communications for Montreal-based Enerkem.

Edmonton currently diverts about 60 per cent of its residential waste stream.

More than a decade in the making, Enerkem’s innovative $200-million alternative to landfilling and incineration aims to capitalize on the growing renewable fuels market, which in the United States alone is expected to reach $59 billion in 2014, up from $45 billion in 2009, according to research firm MarketsandMarkets.

As part of a 25-year contract based on build-own-operate model, the City of Edmonton must supply Enerkem’s facility with 100,000 tonnes of municipal solid waste each year. Edmonton leases the land to Enerkem and pays a comparably attractive tipping fee for its waste. Selling the biofuel or chemical products is Enerkem’s responsibility.

Edmonton’s shredded non-recyclable waste is sent by conveyor belt from the City’s waste transfer facility to Enerkem’s biorefinery next door, where about 40 Enerkem employees will work full-time. Using 100,000 tonnes of dry, non-recyclable residential waste each year, Enerkem can produce about 38 million litres of biofuel, enough to fill some 400,000 cars per year that use a five per cent ethanol blend. Capacity can easily be doubled or tripled by adding more modules, the company says.

The feedstock itself can be anything from old textiles to wood or non-recyclable cardboard and plastics.

“It can be very diverse,” says Labrie. “And the key we’re really looking at is chemically recycling the carbon molecules from the feedstock with our process. We need to be profitable at a very small scale level.”

Labrie says the model for success right now is to remain small and flexible as the market ramps up.

Once Enerkem’s facility begins commercial production some time in October 2014, it will start with bio-methanol production before it adds a module for ethanol conversion/production. Bio-methanol can be used to help make products like windshield washer fluid, glue, biodiesel and formaldehyde.

Enerkem’s equipment was generally constructed in Quebec and Ontario using pre-fabricated modules. This allows the company to use a thermochemcial process that transforms carbon-rich heterogeneous materials into a synthetic gas that is conditioned to attain a perfect ratio of carbon monoxide and hydrogen that can be synthesized with a catalyst. The technology puts Enerkem somewhere in between traditional waste-to-energy processes and a biorefinery that develops liquid-based products that can be used as chemicals or fuels, but is more like the latter.

“We don’t burn this material or the synthetic gas. The process is conducted within enclosed vessels,” says Labrie.

Enerkem’s high-tech equipment has been made possible, in part, thanks to significant funding from Alberta’s Climate Change and Emissions Management Corporation. In 2010, Enerkem won $1.8 million in funding, and also received a $500,000 grant in April 2014 to enhance its biorefinery technology. The company remains eligible for millions more as part of the CCEMC Grand Challenge to be unveiled in 2018.

Enerkem is just one of the companies working as part of this waste network in Edmonton. On site is a private company that recycles and produces paper for City of Edmonton officials, who recycle grey papers such as technical reports and agendas at the facility; there is a research facility on site for exploring other products from waste and testing various technologies; this site has one of the largest composting facility’s in North America, an electronic waste recycling facility, and a closed landfill as well.

Hundreds of new landfill permits were granted in the U.S. every year during the 1980s and ‘90s. Now, only a handful of permits are granted each year. Space is running out and residents want alternatives.

“These landfills are getting older and older and some are reaching the end of their life,” says Labrie. Tipping fees, too, are growing, so there’s the need for an economical alternative to landfill.”

Labrie sees huge market potential for biofuels. More than 60 countries have established mandates for blending a minimum content of ethanol into gasoline. The U.S. Renewable Fuels Standard calls for the production of 16 billion gallons of advanced biofuels by 2022.

“One of the key drivers is the reality of renewable fuel standards around the world,” says Labrie. “The circular economy is also a major driver for all the biochemicals we produce. The waste becomes a chemical that can be used in a product that will become waste to make this chemical, such as polyacrylic acid used to make diapers. You can use that diaper for feedstock in a process like Enerkem’s.”

Some 1.3 billion metric tonnes of residential waste are generated each year worldwide. Obviously, some of this waste can be recycled or composted. But if Enerkem’s process could access just over 400 million tonnes of the non-recyclable waste headed to landfill, the company could produce 150 billion litres of ethanol or 190 billion litres of methanol.

Enerkem was founded in 2000 by Dr. Esteban Chornet and his son Vincent Chornet. Esteban, Professor Emeritus from Sherbrooke University, was inspired to pursue advanced biofuels after watching his father convert wood waste from his sawmill to make electricity in the late 1930s in Mallorca, Spain. Vincent provided the entrepreneurial backbone to help get Enekem firmly entrenched into the international biofuels industry.

Enerkem is currently eyeing expansion opportunities all over the world.