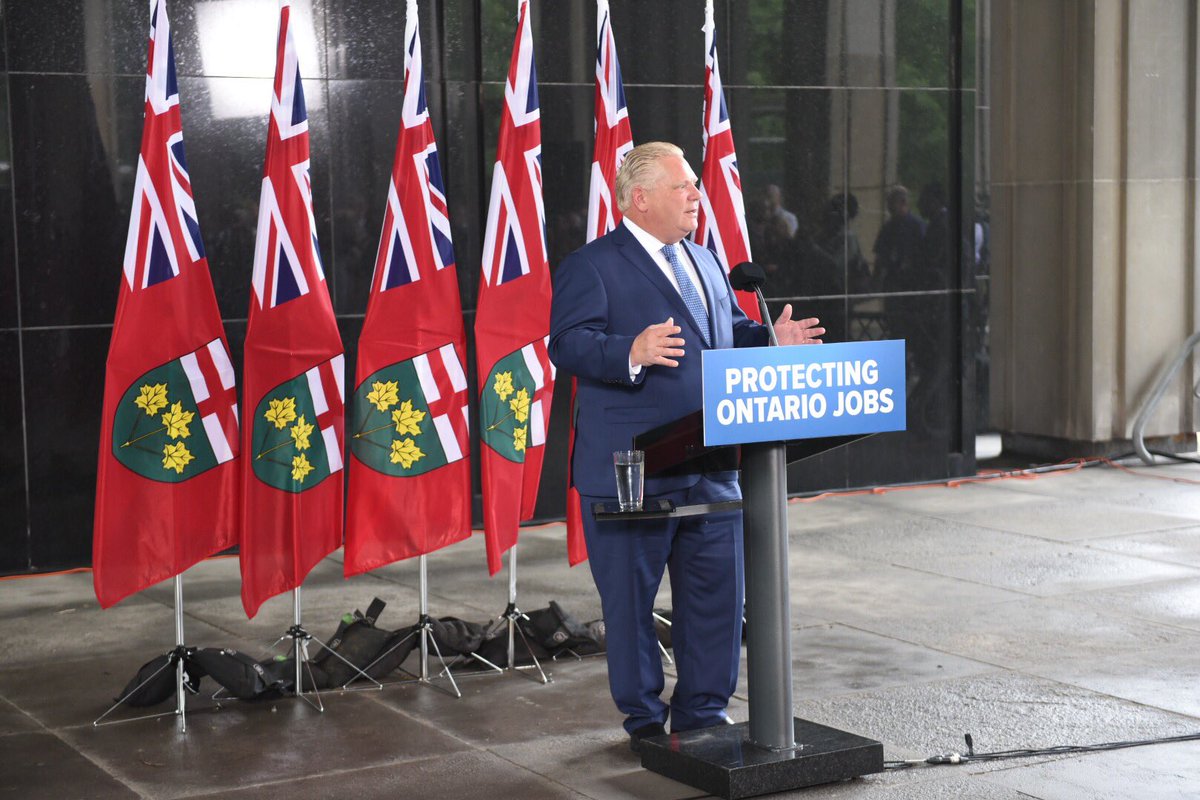 One expert called Ford’s willingness to set aside partisanship and side with the prime minister “refreshing and encouraging.” PHOTO: Doug Ford/Twitter

TORONTO—Doug Ford says that while he may clash with Prime Minister Justin Trudeau on issues like carbon pricing, he will stand side by side with the federal government when it comes to international trade and protecting Canadian jobs.

Ontario’s newly elected premier-designate stressed the need to present a united front during complex trade negotiations, even as he reaffirmed his plan to scrap the provincial cap-and-trade system and fight upcoming federal rules on carbon pricing.

“Are we going to have some differences internally within the family per se? I’m sure we’ll have a few bumps,” Ford told reporters on Wednesday.

“When it comes about international trade and working with the United States and Mexico, make no mistake about it … we’re going to stand side by side.”

Ford said that while he understands U.S. President Donald Trump is sticking up for his country in recent remarks criticizing Canada and the prime minister, “name-calling” won’t help resolve disagreements on trade between the two countries.

His comments come after Trump called Trudeau “weak” and “dishonest” in a Twitter post over the weekend after the prime minister spoke against American tariffs on steel and aluminium.

Ford, who met with industry representatives to discuss NAFTA talks on Wednesday, said the American tariffs will hurt jobs on both sides of the border and should be lifted.

Ford’s willingness to set aside partisanship and side with the prime minister is “refreshing and encouraging,” and shows he recognizes how high the stakes are for Ontario on this issue, said Myer Siemiatycki, professor of politics at Toronto’s Ryerson University.

“For all the risks—and the risks are real—that we now confront on the trade front, this tension between Canada and the United States has created an opportunity for Mr. Ford to step up, be heard and strike a note that is very much not partisan and may be different from what voters and the people of Ontario had previously expected of Mr. Ford,” he said.

The fact that public opinion is rallying behind Trudeau may be one factor affecting Ford’s decision, however, “there could be an element of let’s demonstrate a degree of national commitment, of ability to play well in the sandbox,” the professor said.

“Most important, it’s a recognition that Ontario needs prime minister Trudeau to be strong, to be clear, to be supported, that any divisiveness of attitudes or views among Canada’s political leaders would only erode Canada and Ontario’s position,” he said.

The Progressive Conservative leader said his top priority is protecting jobs for Ontario workers, which he said he plans to achieve by making the province more globally competitive through lower hydro rates and the elimination of the cap-and-trade system.

Ford did not, however, say whether he would offer specific support for steel workers—something both outgoing Liberal Premier Kathleen Wynne and NDP Leader Andrea Horwath have called for.

Horwath urged the premier-designate on Wednesday to provide relief for steel and aluminum workers, such as guaranteed loans for companies in that industry and a package to support individual employees whose jobs are affected.

On Thursday, Ford will sit down with Foreign Affairs Minister Chrystia Freeland and Canadian ambassador to the United States David MacNaughton for a briefing on NAFTA talks.