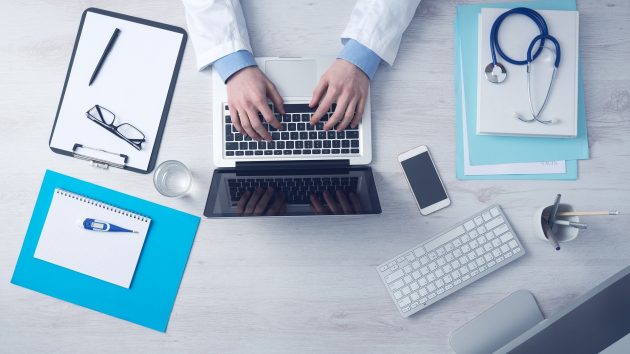 TORONTO – An arbitrator has awarded Ontario doctors a new contract in a ruling that puts no hard cap on the physician services budget, a decision that comes after a years-long fracture in doctors’ relationship with the government.

Placing such a restriction on payments to doctors for publicly insured services would be unfair, arbitrator William Kaplan wrote in the decision released Tuesday.

“No other Canadian jurisdiction enforces a hard cap (caps in New Brunswick and Quebec are not applied),” he wrote. “If the ministry wishes to limit the insured physician services patients receive, it can readily do so. What it cannot do is achieve this outcome by requiring Ontario doctors to subsidize public services. That would be the direct result of the imposition of a hard cap.”

The physician services budget is currently over $12 billion, and the government will now be responsible for its growth at a time when it is working to eliminate a $13.5-billion deficit.

“Our government respects the decision of the Arbitration Board, and believes that the award is workable,” Health Minister Christine Elliott said in a statement.

“As negotiations were initiated and subsequently deteriorated under the previous Liberal government, we inherited an unfortunate situation regarding Ontario’s relationship with doctors that was unproductive for both parties.”

The previous Liberal government angered doctors by imposing fee cuts for some services and clawing back their pay, and the arbitration came after years of trying for a negotiated settlement.

In arguing for a hard cap on the physician services budget, the government had said doctors were, on average, working less and seeing fewer patients but billing more – which the Ontario Medical Association rejected.

The group welcomed the agreement Tuesday, saying it will bring stability to the relationship between doctors and the government.

“The biggest takeaway from this decision is that neither side got everything they wanted,” said OMA President Nadia Alam. “But the decision is fair, it is independent and most importantly it is a middle ground.”

Alam said the arbitrator’s decision acknowledged that with an aging and growing population there will be more demand for services.

“What that means for patients is that every single physician service is fully funded by the government,” she said.

In his ruling, Kaplan wrote that there is evidence that less than four per cent of Ontario’s family doctors are responsible for ordering nearly 40 per cent of tests considered to be low value, which he said is worth investigating.

To that end, a working group will be established to look into restricting inappropriate or overused physician services or payments to try to find $100 million “in changes” for the period of June 1, 2019 to March 31, 2020. For the next year it is to find a further $360 million.

This decision awards a four-year contract including fee increases of an average of one per cent over the contract, to March 31, 2021.

Kaplan noted that the last increase to physician compensation was in 2011.

Doctors agreed to a 0.5 per cent fee reduction in 2012, but in 2015 the government imposed unilateral cuts of almost four per cent on fee for service and 2.65 per cent on non-fee for service. The OMA sought redress for those cuts and others, which it estimated meant a $700 million hit to physician incomes.

The ruling rejects a government request for fee reductions specific to ophthalmology and cardiology. It also establishes a primary care working group.