The StreetScooter WORK XL was developed jointly by Ford and DHL, which began manufacturing its own vehicles after finding none that met its specifications 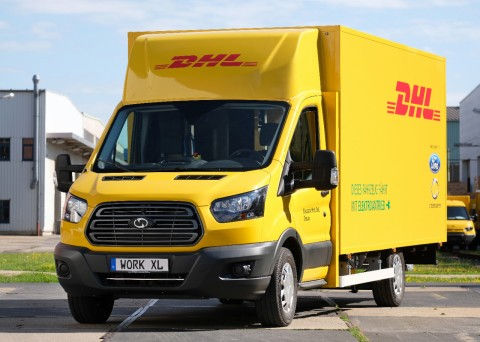 The StreetScooter WORK XL merges a Ford Transit chassis with an electric drivetrain designed for the German logistics giant.

It’s the third and largest electric delivery van made by DHL, which began manufacturing its own vehicles after finding none that met its specifications.

The company has started selling its smaller models to third parties and said that the StreetScooter WORK XL should be available for purchase as well in future.