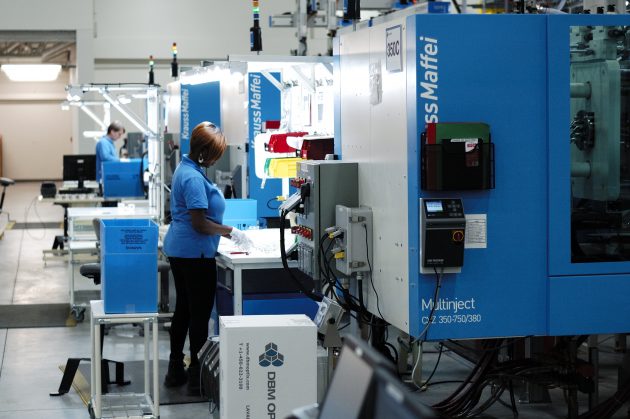 Laval, Que. — “Bernard Caire and I decided to team up with Desjardins Capital, a partner with a long-term outlook, to continue our plan for international growth, to keep our company in Quebec and to start putting a long-term succession plan into place.”

That’s how Nesim Benrobi, CEO, DBM Group, explained the decision that he and his partner Bernard Caire, Vice-President, Sales, made to bring Desjardins Capital on board as a minority shareholder.

DBM Group has more than 325 employees operating four factories in Laval. Its two divisions produce optical solutions for the automotive industry. DBM Reflex manufactures optical molds, 62% of which are sold in Asia and Europe, and DBM Optix focuses on the mass production of plastic components, 81% of which are distributed in the US, 12% in Canada and 6% in Mexico.

“Since Bernard Caire and I acquired DBM Reflex in 2004, the company has posted annual growth of 10%,” said Benrobi. “We’re proud to say that our technology is sold in 40 countries and used in the headlights and taillights of some 60 vehicle models from GM, Ford, Honda, Jeep, Dodge, BMW, Acura, Tesla, Maserati, Mercedes, Toyota and Volkswagen. This vote of confidence by Desjardins Capital will help us bring our cutting-edge products to new markets.”

“DBM Group is a world-class company that provides optical solutions used by major North American, European and Asian automakers,” said Marie-Hélène Nolet, Chief Operating Officer of Desjardins Capital. “Nesim and Bernard have a solid business plan and both DBM and Desjardins Capital want to keep the operations of this important auto parts supplier based in Quebec.”