De Havilland Canada says that the technology and design behind the DHC-515 firefighter was built upon the Canadair CL-215 and CL-415 aircraft. 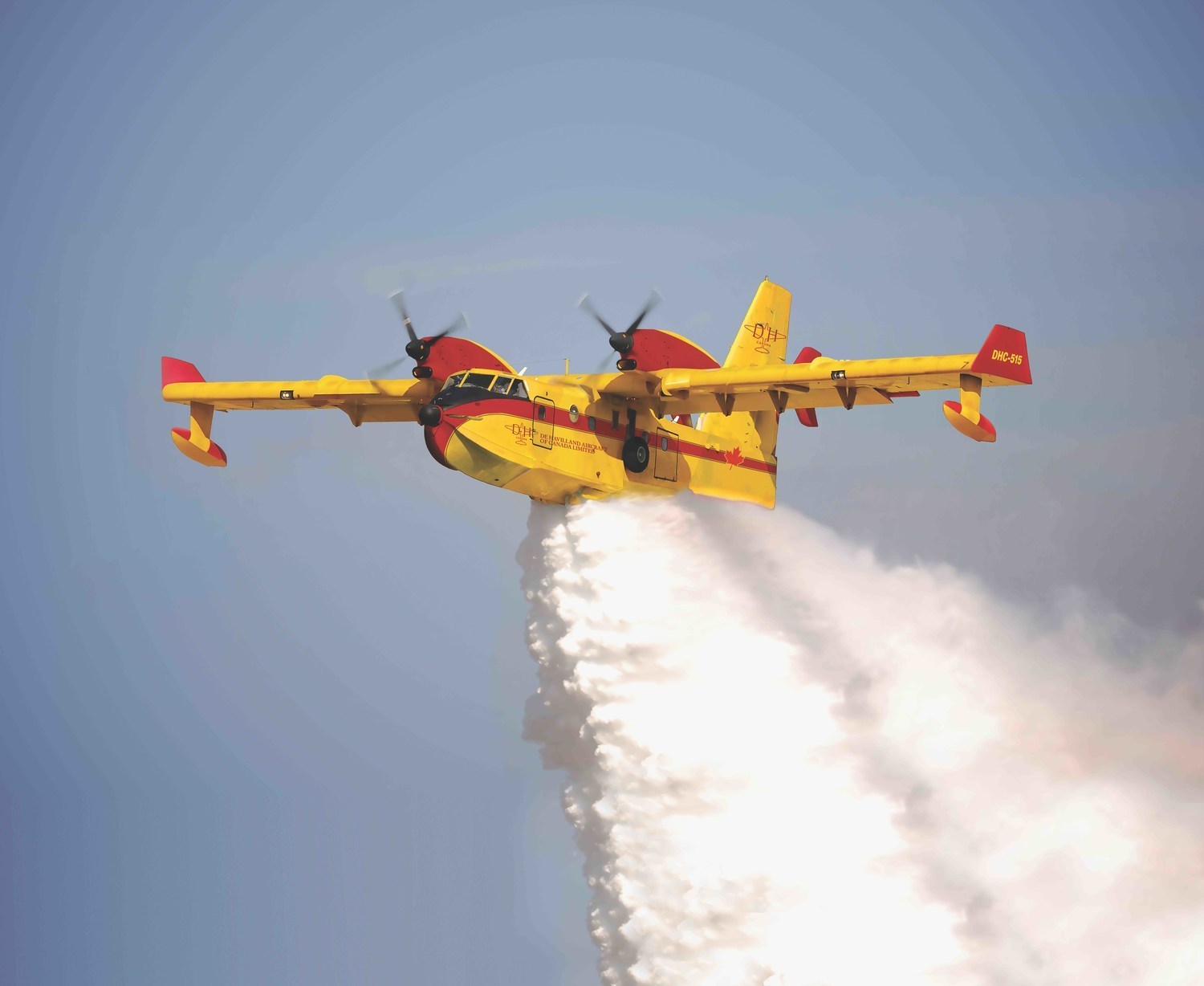 “After an extensive business and technical review, we are pleased to announce that we have launched the De Havilland DHC-515 Firefighter program, which will involve negotiating contracts with our European customers and ramping up for production,” said Brian Chafe, CEO of De Havilland Canada in a statement.

De Havilland Canada says that the technology and design behind the DHC-515 firefighter was built upon the Canadair CL-215 and CL-415 aircraft, which have been incorporated into North American and European firefighting fleets for several decades.

The aircraft manufacturer also says that its European customers have signed letters of intent to purchase the first 22 aircraft pending the outcome of negotiations through the Canadian Commercial Corporation.

De Havilland Canada expects first deliveries of the DHC-515 by the middle of the decade, with deliveries of aircraft 23 and beyond to begin at the end of the decade. The company says this will give its customers the opportunity to renew existing fleets or procure new ones.

De Havilland Canada acquired the Canadair CL program in 2016 and has been contemplating a return to production since 2019.

The lifespan of the DHC Firefighter is consistent with other aircraft in the De Havilland fleet.

The company will assemble the aircraft at their facility in Calgary, Alta., which the De Havilland Canada says may require the recruitment of 500 new labour positions.