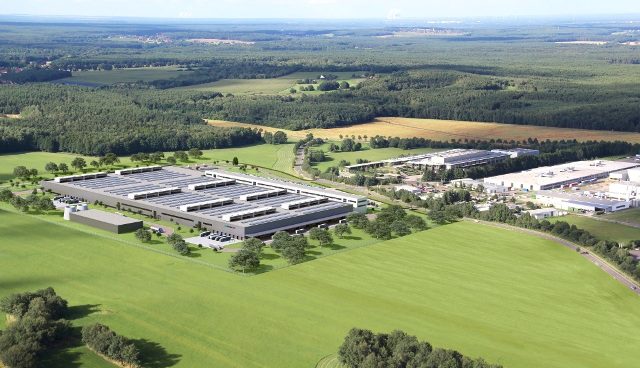 With plans to have at least 10 fully-electric vehicles in its lineup by 2025, the new battery plant will play an important role in the company’s supply chain.

The complex will compete with other huge battery plants, such as Tesla Motors Inc.’s US$5 billion Gigafactory, which is now partially complete. With the addition of the new plant, the Daimler facility will cover about 80,000 square metres (860,000 square feet). Though it will become one of the largest lithium-ion battery manufacturing facilities in Europe, the site will pale in comparison to the Tesla Gigafactory’s planned 10 million square feet.

Daimler said design plans for the new plant include rooftop solar, a congeneration unit as well as Industry 4.0-enabled manufacturing technologies. It expects the facility to be carbon-neutral.

Including the new Kamenz plant expansion, the German automaker has committed one billion euro to battery production across its supply chain.

The company expects to complete work on the new facility by 2018.