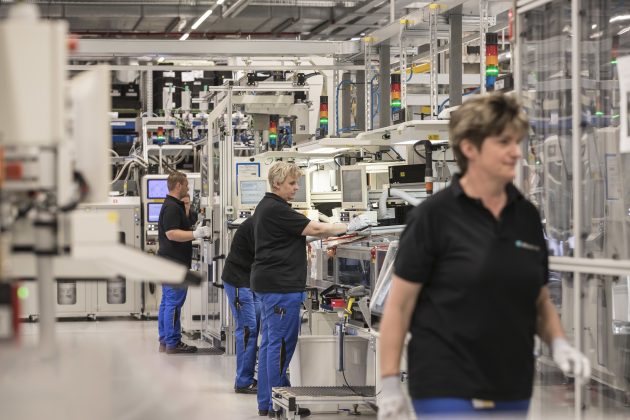 The new factory is a project of Beijing Benz Automotive Co., Ltd. (BBAC), a Chinese-German production joint venture between Daimler and Beijing-based passenger car manufacturer BAIC Motor, which began in 2005.

“Building another premium eBattery factory is the next step in the implementation of our electric strategy. Thus, we have the first foreign location in our global battery production network. The local production of batteries is crucial in order to meet the demand for electric vehicles flexibly and efficiently,” said Markus Schäfer, member of the Divisional Board of Mercedes-Benz Cars, Production and Supply Chain.

Daimler says it and BAIC intend to jointly invest 655 million euros (roughly CA$996 million) in the production of Battery Electric Vehicles (BEVs) under the Mercedes-Benz brand and in battery localization at the site. Local production is scheduled to start by 2020.

“We are investing in the world’s largest market for Battery Electric Vehicles,” said Hubertus Troska, member of the Board of Management of Daimler AG, responsible for Greater China.

Troska continued, “By 2025, the Chinese market will have a substantial share in sales of Mercedes-Benz electric vehicles. Therefore, local production will be key to the success of our EV portfolio, and crucial to flexibly serving local demand for electric vehicles.”

In 2016, over two-third of Mercedes-Benz’s total sales in China were produced locally, and in terms of land size, the joint venture between Daimler and BAIC (BBAC) is the largest Mercedes passenger car production hub worldwide, producing engines and vehicles.

“By confirming our joint commitment to the development of electric drive in China, and undertaking preparations to produce BEVs at BBAC, we are giving full play to the respective strengths of both sides. Together, we are laying the groundwork for our joint venture facility BBAC to become a future BEV production hub in China,” said Xu Heyi, chairman of the BAIC Group.

Daimler is investing approximately CA$1.5 billion in its battery operations globally, including a $725 million lithium-ion battery plant in Kamenz, Germany.

The company plans to spend $15 billion to expand its electric fleet as well, with more than ten new Mercedes electric passenger cars scheduled to be launched by 2022.

Daimler expects electric vehicles to make up between 15 and 25 per cent of Mercedes’ sales by 2025.