CUTRIC announces support for low-emission transit in Brampton and Burlington 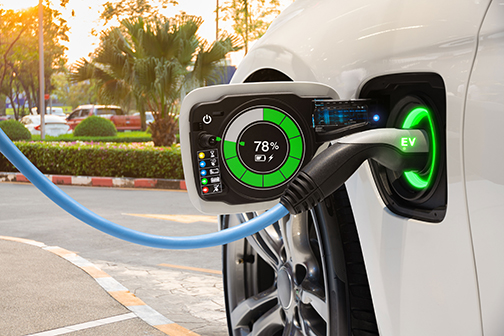 BRAMPTON — On Jul. 5, CUTRIC welcomed investments from the Government of Canada and the Federation of Canadian Municipalities (FCM) to support the City of Brampton and City of Burlington’s transition to low-emission transit.

Jonathan Wilkinson, Minister of Natural Resources and Taneen Rudyk, FCM President, announced a $253,000 investment through FCM’s Green Municipal Fund (GMF). The GMF is funded through an endowment by the Government of Canada and helps local governments switch to sustainable practices.

CUTRIC is receiving $175,000 to support the City of Brampton’s efforts in reducing greenhouse gas (GHG) emissions and meet future ridership demand for public transit. CUTRIC is conducting a study to assess the feasibility of using zero tailpipe-emission buses (ZEBs) on Brampton Transit’s route network. An additional $78,000 will support the City of Burlington’s efforts to reduce its carbon footprint. The study will analyze the techno-economic and life-cycle emissions associated with transitioning Burlington Transit’s fleet to hydrogen fuel cell electric buses (FCEBs) across all routes and blocks. Both studies are being performed using CUTRIC’s internally developed predictive modelling tool, RoutΣ.i™. This tool includes operational conditions such as route maps, transit schedules, weather, and passenger-loading to determine the feasibility and benefits of adopting ZEBs and FCEBs based on existing technology.

CUTRIC believes in generating solutions and advancing the growth of low-carbon and smart technology across Canada.

“Today’s announcement of funding for clean transportation in Brampton and Burlington, Ontario, is a key step toward our government’s priority to support Canadians in reducing pollution, enhancing our communities and furthering our innovation in clean technologies. The Government of Canada is very pleased to support CUTRIC’s leadership in this area. I would like to congratulate them for their leadership.” said Jonathan Wilkinson, Minister of Natural Resources.

“It’s critically important to have everyone in the climate fight. Municipalities across Canada are doing their part with innovative solutions that create jobs and climate resilience. Green infrastructure investments in Canadian communities will make our air cleaner, our economy stronger, and set us on the path to a net-zero future.” said Steven Guilbeault, Minister of Environment and Climate Change.