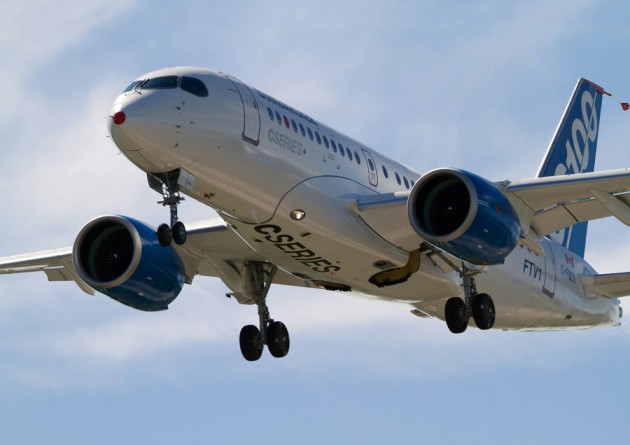 Bombardier’s CSeries has now completed 90 per cent of its certification program. Function and reliability tests will be carried out in the coming weeks. PHOTO Bombardier

MONTRÉAL—As questions about the company’s finances continue to trouble investors, Bombardier Inc. has announced its CS100 has completed 90 per cent of its certification program and has entered the final stage of flight testing.

“It’s a thrill to announce that we’re in the final stage of certification. Following a comprehensive flight test program, we’re now on the cusp of validating that the CS100 aircraft is ready for operation with SWISS,” Fred Cromer, president of Bombardier Commercial Aircraft, said

“Thanks to the dedication and hard work of many people from around the world, over many years, today we’re proud to announce that this last phase of flight testing puts us on track to certify by the end of 2015,” he added.

The aircraft’s final few weeks of testing will consist of function and reliability tests. Meanwhile, the company plans to ramp up production and begin building planes for delivery next year.

With the noise performance testing for the smaller of two CSeries models officially complete, Bombardier also confirmed the new jet is the quietest in its class.