CSeries remains on track, but turbulence ahead for Bombardier’s business jets

The company saw profits slump in Q2, delayed its Global 7000 and 8000 programs 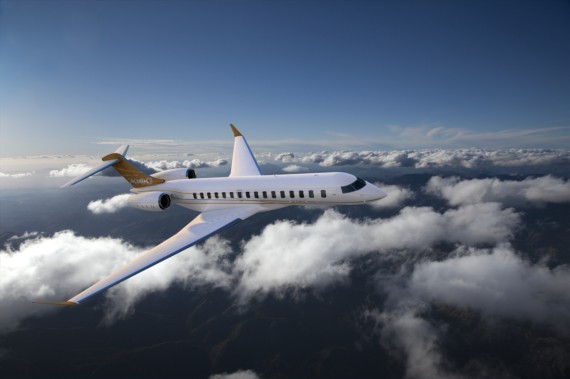 Bombardier’s Global 7000 and 8000 programs will be delayed until the second-half of 2018. PHOTO Bombardier

MONTREAL—Bombardier released its second-quarter results July 30 amid reports – which it subsequently denied – that Siemens and the Canadian transport giant were in preliminary talks surrounding the merger of their rail divisions.

The company’s second-quarter update was a mixed bag for investors. While Bombardier saw revenues increase to US$4.6 billion, an increase of 2 per cent over the same quarter last year, company profits dropped to $145 million, or 6 cents per share, compared to $155 million or 8 cents per share last year.

With the results Bombardier came in slightly ahead of consensus analyst expectations.

“Overall, the second quarter was in line with plan in terms of revenues, EBIT and deliveries, and our liquidity stands at $4.4 billion,” Alain Bellemare, Bombardier’s president and CEO said.

“After five months on the job, I have a better understanding of our challenges and opportunities. We are taking specific action, including the launch of our Bombardier transformation plan, a disciplined approach to cash management, and the strengthening of our leadership team to reshape the company and ensure our long-term success,” the newly-appointed chief said.

Bombardier also announced that it will delay its latest long-range business jet programs, the Global 7000 and Global 8000 due to “challenges.” While the 7000 was scheduled to be delivered some time in 2016 and the 8000 in 2017, both long range jets have been delayed until the second half of 2018.

The company also noted falling order numbers for its traditional business jets. Revenues for its business jet division increased 12 per cent compared to the same quarter last year, but the company received only 8 new orders, compared to 30 last year.

“Current economic conditions and geopolitical issues in some regions, such as China, Latin America and Russia, have had an impact on industry-wide order intake. As a result, Business Aircraft announced on May 14, 2015 a reduction in the production rate for the Global 5000 and Global 6000 aircraft,” the company said.

There was good news for Bombardier surrounding its CSeriers aircraft, however. The much-delayed programs seems to be back on track, with the first deliveries slotted for the first half of 2016.

The company’s transportation division, which was subject of merger speculation this week, reported a 12 per cent drop in revenue from the same quarter last year. The company had previously announced plans to spin off part of its rail division in an initial public offering in an effort to solidify the company’s financial position, and Bombardier intends to move ahead with that plan later this year.

“The Corporation intends to file the required documentation with applicable securities regulators during the fourth quarter of this year, subject to market conditions, with the primary listing venue likely to be Germany, where the business segment is headquartered,” Bombardier said.