The court upheld a landmark judgment ordering JTI-Macdonald Corp. to pay billions of dollars in damages to Quebec smokers 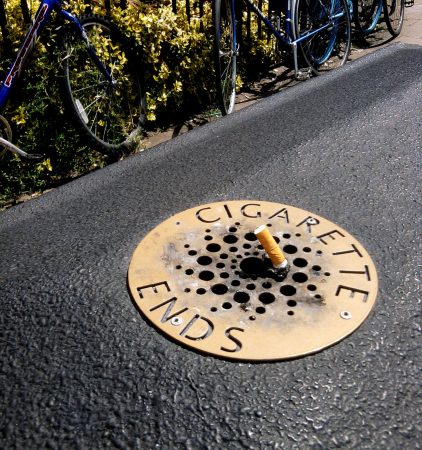 MONTREAL – The Quebec Council on Tobacco and Health said Monday that smokers who won a recent court victory are being denied justice after an Ontario judge granted cigarette maker JTI-Macdonald Corp. protection from its creditors last week.

JTI-Macdonald was among three companies that lost in the Quebec Court of Appeal March 1. The court upheld a landmark judgment ordering them to pay billions of dollars in damages to Quebec smokers. Now that JTI-Macdonald is under creditor protection, however, the company will not have to disperse any funds to tobacco victims for now.

The Ontario Superior Court decision suspends legal proceedings against all three companies until April 5, even though only JTI-Macdonald sought protection from creditors. Benson & Hedges and Imperial Tobacco made no such request.

The Quebec Council on Tobacco and Health led two class actions against the companies and won in 2015, when Quebec Superior Court Justice Brian Riordan ordered the companies to make payments of more than $15-billion to smokers who either fell ill or were addicted. At the time, the ruling was believed to be the biggest class action award in Canadian history.

Philippe Trudel, one of the lawyers representing tobacco victims in the class action, called the Ontario court’s decision to suspend proceedings against all three companies “unusual.” Mario Bujold, spokesman for the Quebec Council on Tobacco and Health, said the Ontario court’s ruling can be extended beyond April 5 and he worries victims will never see any money.

“Companies are very good at finding strategies to avoid paying damages they were ordered to pay,” Bujold said, adding the court’s decision will be contested.

“The Superior Court in Ontario is suspending the rights recognized by six judges in Quebec,” he said. “It’s unacceptable.”

In a statement released Friday, JTI-Macdonald said it needed to seek protection under the Companies’ Creditors Arrangement Act in order to “protect 500 Canadian jobs and carry on its business operations with minimal disruption.

“We fundamentally disagree with the court decision and are taking all necessary and appropriate measures to defend our lawful business,” it said.

The three companies are also considering appealing the $15-billion judgment rendered against them to the Supreme Court of Canada.