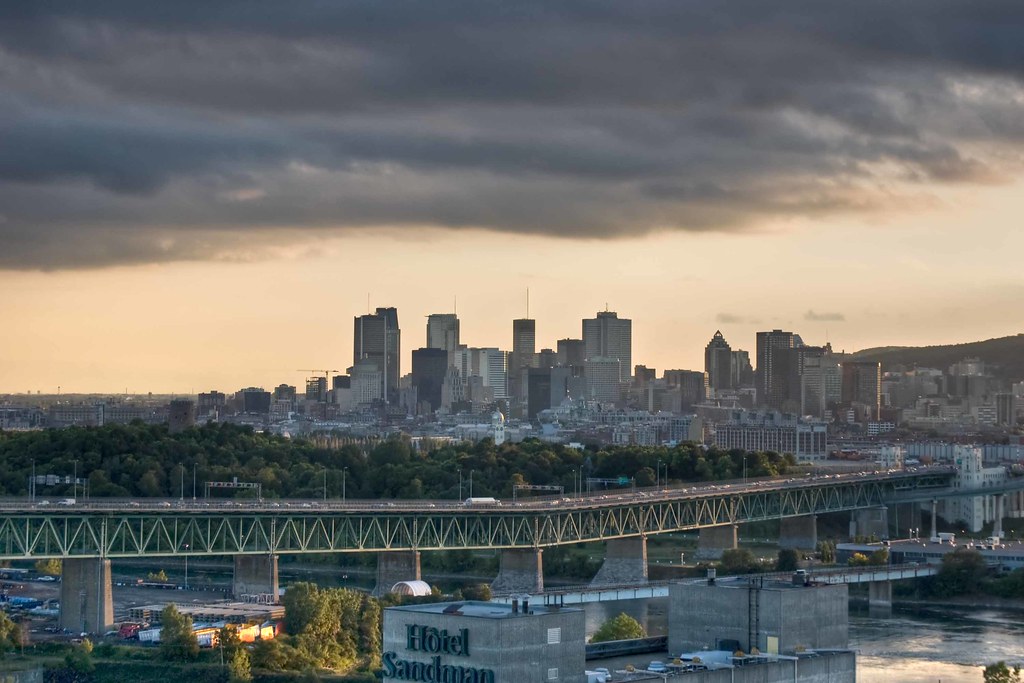 MONTREAL — The densely populated slums of Montreal’s Griffintown were the subject of a famous 1897 study by businessman and philanthropist Herbert Ames, whose work on the disease-ridden tenements influenced generations of urban planners on how to develop healthy cities.

Ames’s study, “The City Below the Hill,” is just one example, say academics in urban planning, of how the development of cities has been closely tied to the management of pandemics and other outbreaks of infectious disease.

More than 120 years after its publication, Montreal’s Griffintown is now prosperous, gentrified and full of condo towers catering to an urban elite. But in Griffintown and other urban areas in Canada, the COVID-19 pandemic is putting stress on city life and exacerbating existing inequalities.

As Quebec’s construction sector reopens May 11 following weeks of shutdown to slow the spread of the virus, the main players behind the city’s building boom in neighbourhoods such as Griffintown say it’s “business as usual” and are confident the market remains robust.

Some urban planners, however, aren’t so sure. The current pandemic will change cities, they predict, the way infectious disease outbreaks influenced the development of urban centres in decades past.

How cities will change is still unclear, but Vancouver-based urban planner Andy Yan, director of the City Program at Simon Fraser University, said COVID-19 is making people reconsider their decisions to move into small condos and apartments.

Yan cited data from Statistics Canada revealing that between 1991 and 2017, the median living area of condos in Toronto and Vancouver shrunk by 32% and 20%, respectively.

“The grand bargain was: ‘I will have a small place, but I will have a big public life,”’ he said in a recent interview. Urbanites moved into cramped studios but had access to cities full of vibrant culture and gastronomic delights.

But as COVID-19 has forced urban denizens indoors, condos and apartments have become substitute offices, restaurants, schools and daycares. And it’s far from clear when the bistros, cafes and music venues that provided the public life will reopen.

McGill University urban planning professor David Wachsmuth said cities have historically gone through cycles of densification and what he called “spaceification” — for example, after the Second World War when the federal government encouraged people to move from city centres to the “healthier” suburbs.

But Wachsmuth doesn’t predict a flight from cities this time. “I think we are, broadly speaking, in a period where the density of cities has been understood as a positive thing, and I don’t think that’s going to change,” he said in a recent interview.

City life could get cheaper, however, Wachsmuth explained. If the pandemic triggers a longer-term economic decline, property prices will take a major hit, he said, making room for lower-income people and families to return to the space they were pushed out of as gentrification took hold.

But Phil Soper, CEO of Royal LePage, says younger and lower-income people might be disappointed if they think the pandemic is going to trigger a correction in the housing market.

Home sales across the country were certainly down in April — according to Soper, they fell by 70% in Quebec — but fewer homes are being listed, easing downward pressure on prices, he explained.

“The pandemic isn’t providing a magic answer to our housing shortage problems and, therefore, it is not a magic wand that is going to cure housing affordability issues,” Soper said in a recent interview.

“The only thing that will provide more affordable housing in our big cities is additional supply — and there certainly aren’t more homes being built in the pandemic — there are fewer. If anything it exacerbates the problem.”

The main players who are building that supply in Montreal have all told The Canadian Press that on May 11, when the province’s construction sector fully reopens, every site they had operating before the shutdown will be up and running again.

Condos have been selling during the pandemic, they say, with buyers 3D-viewing their units on computer screens rather than in showrooms and using applications to sign documents.

Before the pandemic hit, one sign of Montreal’s booming market was developers competing to build the city’s tallest condo tower.

In April 2019, development company Broccolini broke ground on its 58-story tower in downtown Montreal, called Victoria sur le Parc, which it said would be the tallest residential tower in the city. Chief operating officer Anthony Broccolini said no one during the pandemic has walked away from their down payment.

His construction sites have been modified to comply with provincial rules on physical distancing and hygiene in order to protect workers, but apart from that, on May 11 it will be “business as usual,” he said in a recent interview.

Devimco, the company that launched Griffintown’s renewal, boasts the 61-story tower of its Maestria condo project, announced after Victoria sur le Parc, will be city’s tallest residential tower when it’s completed. Vice-president Marco Fontaine said he sold another 20 units of the project last month “without negotiation” on price.

“It’s not in our plan at all right now to drop prices,” he said in a recent interview. While he expects some kind of pandemic-induced market slowdown, by the time Maestria is completed in a few years, he said, he expects the market will be back.

Fontaine said he appreciates, however, that many of the residents in his buildings’ smaller units are working from home and will continue to do so for a while. “They are in a space that wasn’t made for that,” he said.

To adapt to changing urban behaviours, Devimco has begun discussions aimed at equipping condos with modular furniture that can turn into workspaces.

While Wachsmuth says he doesn’t share the optimism of Montreal’s big builders, he is still betting on cities and the sense of liberation they provide. “There is a lot happening — but also, you can kind of be anonymous if you want to,” he said.

They “aren’t universally appealing to all humans, but they are, I think, pretty durable to a lot of people,” he said.