Reacting to steep job losses, Conservatives want to see a fiscal update before the holidays, including tax cuts for entrepreneurs and a plan to phase out the deficit 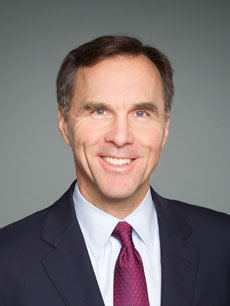 OTTAWA – The Conservatives are calling on Finance Minister Bill Morneau to deliver an “urgent” fall economic update, including a plan to get back to balance.

Conservative MP Pierre Poilievre, the finance critic, says he wants to see the Liberal government provide a fiscal update before the holidays that would include tax cuts for entrepreneurs, efforts to get rid of regulatory red tape and a plan to phase out the deficit over the next few years.

The Ottawa-area MP notes the country lost about 71,000 jobs last month, according to Statistics Canada, which was the biggest monthly drop since the financial crisis of a decade ago.

Meanwhile, the American unemployment rate is the lowest it has been in half a century.

The re-elected Liberals promised during the fall election campaign to reduce the deficit to $21 billion by the fourth year of their mandate, while the Conservatives had promised to deliver a $667-million surplus in 2024-25.

Poilievre says the Liberals have had plenty of time since the October election to prepare a fiscal update.

“The storm clouds of our economy have been gathering overhead for a long time, so if they are this ill-prepared for the trouble that is unfolding, it says something about their ability to govern,” Poilievre told a news conference in Ottawa on Sunday.

Morneau says the first thing the Liberals plan to do is bring in their promised tax cut for the middle class. The economy is resilient, he said in a statement.

“While we will always remain vigilant to any potential risks to our economy, Canada has a stable and resilient financial sector that supports a strong and growing economy – an economy that continues to grow as we work with partners right across the country to address immediate and long-term challenges, including in the resource sector,” Morneau said Sunday.

The New Democrats also want Morneau to adjust his plans by making sure the proposed tax cut is implemented in a way that all benefits go to those earning less than $90,000 per year.

The NDP says this would reduce the cost of the tax cut by $1.6 billion, which the party says it could divert to dental care.

“We believe that this is a constructive proposal that would make a meaningful difference in the lives of millions of Canadians – particularly the people who are in greatest need,” said a letter the NDP plans to send to Morneau Monday.