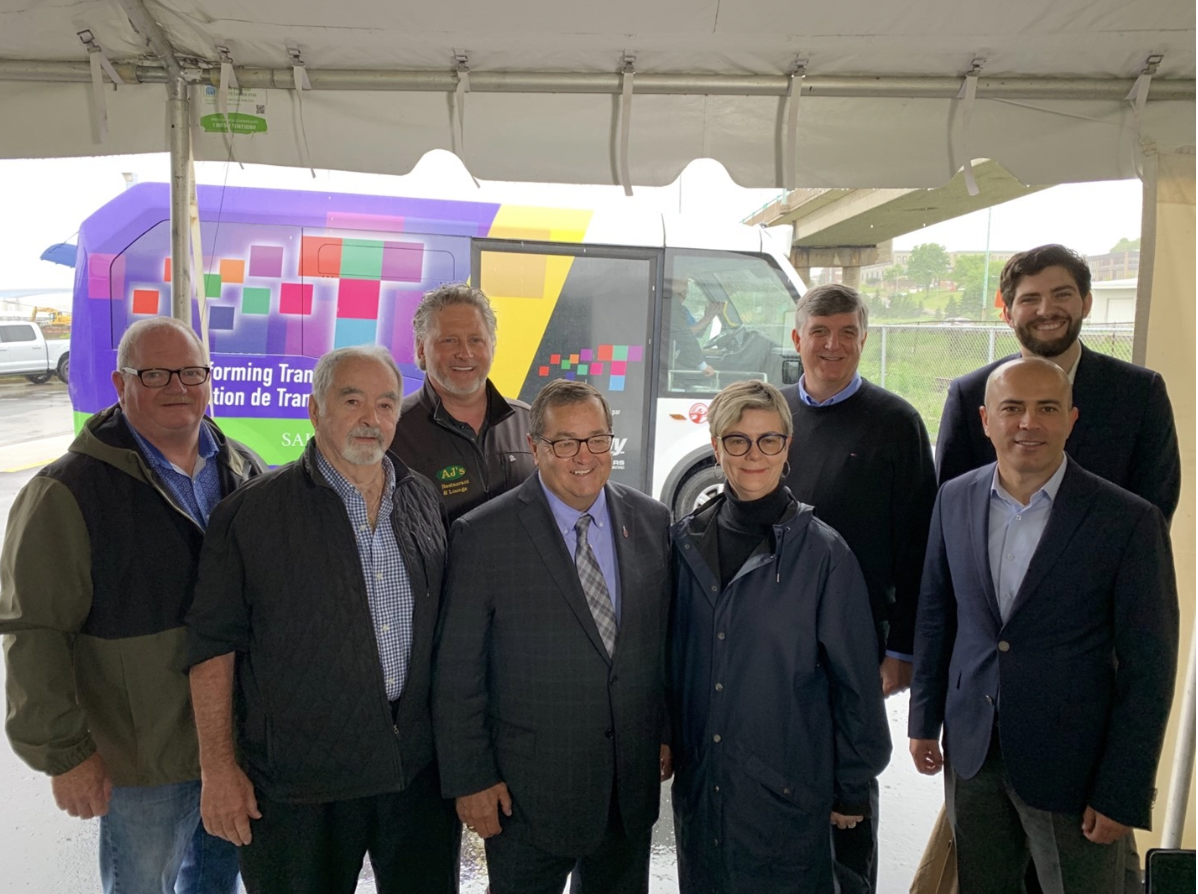 SAINT JOHN — Damera Bus Corp and the City of Saint John are marking the introduction of the Karsan e-JEST, which will officially be added to the Saint John Transit fleet later this summer.

“Damera is incredibly proud to partner with the City of Saint John and Saint John Transit to bring cleaner transit to the city and support Saint John’s transition to zero-emission transportation,” said Raj Mahadeo, CEO of Damera in a statement.

“Saint John Transit is establishing itself as a public transit leader by transitioning to on-demand services with these buses. The size and quiet operation of the JEST is perfectly suited for residential areas and on-demand services.”

The City of Saint John says it is transitioning to emission-free transportation with a goal to run all Saint John Transit buses on electricity by 2040.

“Green transportation is the future of public transit systems around the world, and the City of Saint John will be a part of it. We are not only a forward-thinking community, but also a forward moving one; known as a city of firsts, and for always moving forward,” said Mayor Donna Reardon in a statement.

Six 20-foot JEST buses will enter transit service across Saint John this September as part of the city’s Transforming Transit Program. The program, first announced in 2021, will transform the municipal transit system using electric buses and an on-demand bus service expected to be launched later this year.

The JEST city bus is a European-style, battery-powered bus with a 15-year life cycle built by Karsan, a European bus and coach manufacturing company. It is equipped with a BMW power train which provides an emission-free range of 210 km.

The JEST has a regenerative braking system that provides energy recovery by allowing itself to recharge its batteries at a rate of 25 per cent.