Churning out 75M iPhones a quarter, analysts fear Apple has hit its peak

With flattening sales, skeptics question if the biggest product success of this century has saturated its market 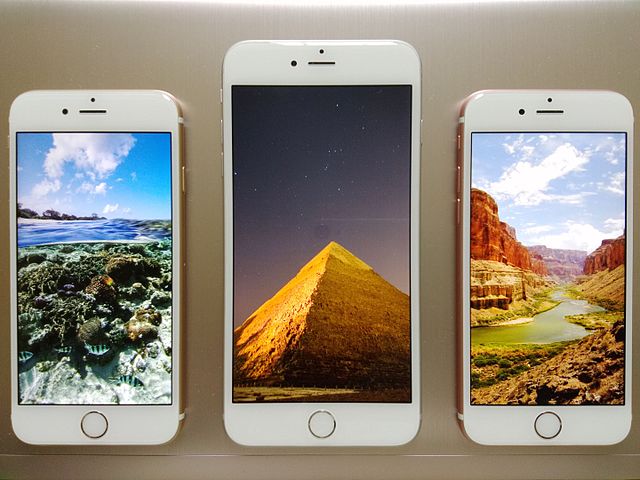 As Apple has expanded its sales and manufacturing base across the globe, the product that made the Cupertino, Calif. tech firm the largest company in the world may have nothing left to conquer.

SAN FRANCISCO—Apple is bracing for its first sales decline in 13 years, despite selling a record 74.8 million iPhones in the final three months of 2015, in what may prove to be a turning point for the world’s most valuable company.

The tech giant says revenue could fall at least 8.6 per cent during the January-March quarter, compared with a year earlier. Analysts say the latest iPhone models aren’t providing the boost Apple needs to match the massive sales growth it enjoyed last year.

Apple executives painted the downturn as a momentary hiccup. But they also acknowledged the company is working to broaden its business beyond the iPhone itself, which in recent years has provided the bulk of Apple’s revenue.

“We have become more and more of a platform company,” Chief Financial Officer Luca Maestri told The Associated Press. He said Apple has a large base of customers—with 1 billion Apple devices now in active use—who can be relied on to purchase new Apple gadgets, mobile apps and services like Apple Music.

Reporting on its financial performance in the December quarter, Apple said it managed to inch past its previous record, established when it sold 74.5 million iPhones in the holiday quarter of 2014. But Tuesday’s forecast implies Apple doesn’t expect to match the 61 million iPhones sold in last year’s January-March quarter.

Apple’s stock has been in a slump for months, as investors worry the company won’t be able to duplicate last year’s growth in sales, which were in the double-digit percentages. Tuesday’s report confirmed those fears.

Executives blamed a strong dollar for reducing revenue from overseas sales in the December quarter. Apple is also confronting an economic downturn in China, one of its biggest markets.

“We’re seeing extreme conditions, unlike anything we’ve experienced before, just about everywhere we look,” CEO Tim Cook told analysts on a conference call.

But researchers also say global demand for new smartphones has been slowing over the last year. Apple relies on the iPhone for two-thirds of its revenue and a similar share of profit.

The giant tech company is in no financial danger. It earned $18.4 billion in profit for the October-December quarter, ending the period with $216 billion in cash. Cook called it “the mother of all balance sheets.”

Profit rose 1.8 per cent from a year earlier, while revenue increased 1.7 per cent to $75.9 billion. Earnings amounted to $3.28 a share, which beat the $3.23 average forecast among analysts surveyed by FactSet. Revenue fell short of analysts’ estimates, which averaged $76.7 billion.

No one expects Apple to match those results in the current, January-March quarter, as sales traditionally drop after the holiday shopping season and the introduction of new models. But Apple’s forecast, which calls for revenue between $50 billion and $53 billion in the current period, was lower than analysts expected and a significant drop from the $58 billion in sales Apple reported a year earlier.

That would be Apple’s first year-over-year sales decline since the January-March quarter of 2003—long before the company began selling iPhones and iPads. Back then, Apple was a fraction of its current size, reporting quarterly revenue of just $1.45 billion.

While the iPhone has been a phenomenal success, analysts say it’s difficult to match the sales surge that Apple enjoyed last year after it introduced the first iPhone models with significantly larger screens to compete with big-screen phones from rivals like Samsung, which were hugely popular in Asia.

Analysts say last September’s release of two more big-screen phones, the iPhone 6S and 6S Plus, made less of a splash because they were viewed as relatively similar to the previous models, despite some new features. Analysts say the slight increase in sales for the December quarter came in part because Apple began selling the newest models several days earlier in key markets such as China.

Apple is expected to release the next iPhone models, with new features, later this year. That could fuel another surge in sales. Along with first-time buyers and people who switch from competitors’ phones, analysts say Apple can count on a loyal base of iPhone owners who will buy a new model every two years or so.

Maestri also cited $5.5 billion in revenue the company collected from sales of apps and services in the last quarter—a 15 per cent increase from a year earlier.

Skeptics, however, note that Apple hasn’t come up with a blockbuster product to replace the iPhone. The company’s latest report showed sales of Mac computers and iPads both declined in the previous quarter.

At least for now, Apple “continues to be dominated by the iPhone and that will certainly, in the near run, continue to dictate the company’s prospects,” said analyst Bill Kreher of the Edward Jones investment firm.

Over the longer term, he said, revenue from apps and services, along with new products like the Apple Watch, “will be critical as the company attempts to re-ignite growth.”