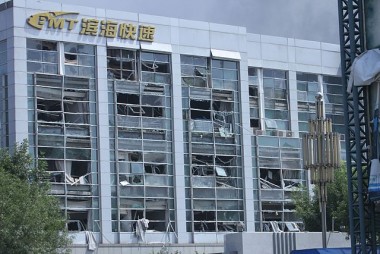 The explosion left a crater at the blast site and damaged buildings as far as two kilometres away.

BEIJING—Authorities in the Chinese city of Tianjin are moving 10 chemical plants found to be too close to residential areas, six months after a devastating chemical accident killed 173 people.

The head of the bureau’s news office, who gave his name as Shi, told The Associated Press on Monday that the 10 plants were close to residential areas, though he didn’t specify if they were within 1 kilometre. He said the other 75 were not near residential areas.