Chevrolet Volt batteries finding second-uses after life on the road 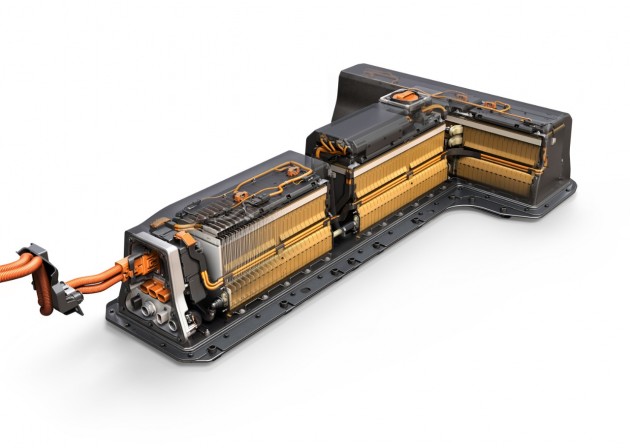 Since Chevrolet’s first Volt rolled of the line in 2011, the company has been pursuing secondary use applications for the hybrid car’s lithium-ion battery. PHOTO: General Motors

Toronto—Since Chevrolet’s first Volt rolled of the line in 2011, the company has been pursuing secondary-use applications for the hybrid car’s lithium-ion battery.

Still packing anywhere from 50 to 80 per cent of their original capacity by the time they exceed their eight-to-10-year lifespans, it’s important the batteries continue to contribute to renewable energy initiatives and the fight against excess waste.

“Even after the battery has reached the end of its useful life in a Chevrolet Volt, up to 80 percent of its storage capacity remains,” Pablo Valencia, senior manager of battery life cycle management at General Motors, said. “This secondary use application extends its life, while delivering waste reduction and economic benefits on an industrial scale.”

General Motor’s Canadian Engineering Centre in Oshawa, has been working on just this. The facility researches second-use applications that add to the company’s ongoing commitment to innovation and sustainability.

Most recently, the team demonstrated its research at an exhibition at the Toronto Pan Am Games. Over the course of a week, attendees were able to participate in the Power of Play exhibit and race bicycles that powered secondary-use batteries.

Over the course of the week, participants set a Guinness World Record for most people generating electricity. A total of 4,739 people generated more than 13,000 electrical watt hours of electricity. To put the record in context, that amount of energy could power a Chevrolet Volt for 60 kilometres.

In addition to the showcase and further research, secondary-use batteries are currently being used as a backup and auxiliary power source for the General Motors IT data centre in Milford, Michigan. The second-use batteries are hooked up to a solar array and two wind turbines that feed the administration building’s circuit breaker panel, delivering net-zero energy use on an annual basis.

The batteries can also provide back-up power to the building for four hours in the event of an outage and stores it when it’s unneeded, the company said. Excess energy is sent back to the grid that supplies the Milford campus.

As the team continues its research, secondary use batteries will continue to provide backup power, peak rate savings and renewable energy storage for both commercial and non-commercial uses. GM expects the second-use batteries to deliver waste reductions and economic benefits on an industrial scale.