Caterpillar said it would raise prices this year on engines and machines to counter rising costs. About 10 per cent of its sales originate in China 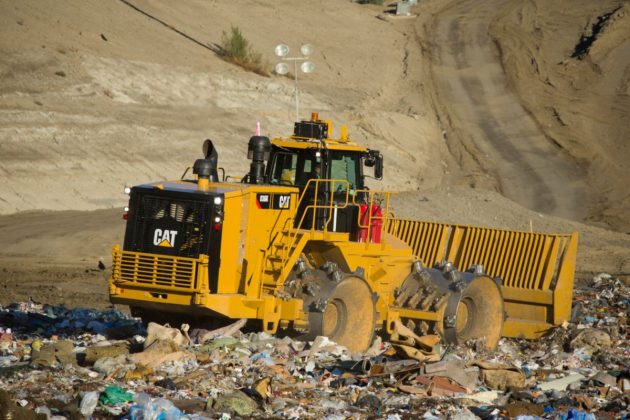 DEERFIELD, Ill. – Caterpillar fell well short of fourth-quarter profit expectations and the machine maker said that sales have begun to slow in China.

Shares tumbled 10 per cent at the opening bell Monday, the worst sell-off in more than seven years, and dragged on the Dow, which slid 350 points.

It’s a meagre start to what will be an active week for corporate earnings, including other industrial companies that have put a lot of stake in China, the world’s second-largest economy.

Wall Street is keyed in on China and how its slowing economy will play out for companies ranging from Caterpillar to Apple.

Under President Donald Trump the U.S. has imposed import taxes on steel, aluminum and hundreds of Chinese products, drawing retaliation from China and other U.S. trading partners.

Caterpillar has said that about 10 per cent of its sales originate in China.

The company is paying more for materials, and has said that it would raise prices between 1 per cent and 4 per cent this year on engines and machines to counter rising costs.

“China’s growth slowdown could be faster than expected especially if trade tensions continue, and this can trigger abrupt sell-offs in financial and commodity markets” – something that happened when Chinese growth sputtered in 2015, said IMF chief economist Gita Gopinath last week.

China’s cooling economy had already begun to reveal itself across a broad array of U.S. economic sectors.

Apple CEO Tim Cook said in a letter to shareholders this month that demand for iPhones is waning and revenue for the last quarter of 2018 will fall well below projections, a decrease he traced mainly to China.

It was a rare warning from Apple Inc., and its stock fell 9 per cent in a day, wiping out about $67 billion in market value.

On Monday, the chipmaker Nvidia warned that quarterly revenue would not be as great as expected and it cited “deteriorating macroeconomic conditions, particularly in China.

Caterpillar earned $1.05 billion, or $1.78 per share. Stripping out restructuring costs and other items, earnings were $2.55 per share, which was 43 cents short of analyst expectations.

Last year, the construction equipment company lost $1.3 billion in the quarter, or $2.18 per share, but at that time it was dragged down by an enormous charge related to tax reform.

Caterpillar Inc., based in Deerfield, Illinois, anticipates 2019 earnings in a range of $11.75 to $12.75, roughly in line with expectations.

In a prepared statement, Chairman and CEO Jim Umpleby said that, “Our outlook assumes a modest sales increase based on the fundamentals of our diverse end markets as well as the macroeconomic and geopolitical environment.”