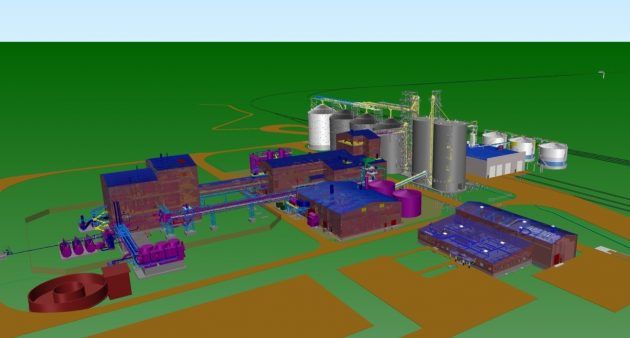 REGINA — On Apr. 22, Cargill announced plans to break ground on a new canola processing facility in Regina, Saskatchewan, to support the growing global demand for canola products. The company expects to begin construction on the $350 million project, which will have a similar design to Cargill’s existing Camrose facility, early next year with plans to be operational by early 2024. The company will also update and modernize its canola facilities in Camrose and Clavet over the next 12 months to increase volume and broaden capabilities at both locations.

“We are confident in the continued growth and competitiveness of the canola processing industry and look forward to helping farmers access increasing market demand,” said Jeff Vassart, President of Cargill Canada. “Through these projects, we’re committed to providing a better, more efficient customer experience across our network, making it easier to do business with Cargill.”

The new facility is projected to have an annual production capacity of 1 million metric tonnes and will provide a consistent delivery for farmers and end users. Upon completion, the company expects the facility will add approximately 50 full-time positions.

“Saskatchewan is a leader in agriculture production and through investments such as this we are growing our capacity to process these products at home,” Premier Scott Moe said. “We welcome this significant investment and look forward to working with Cargill to add value to the canola our producers grow, create local jobs and support Saskatchewan’s economic growth.”

The Regina, Camrose and Clavet projects build upon the company’s work to modernize and expand capacity across its North American oilseeds network. In March, Cargill announced a series of other projects across its U.S. soy processing facilities, valued at $475 million dollars.