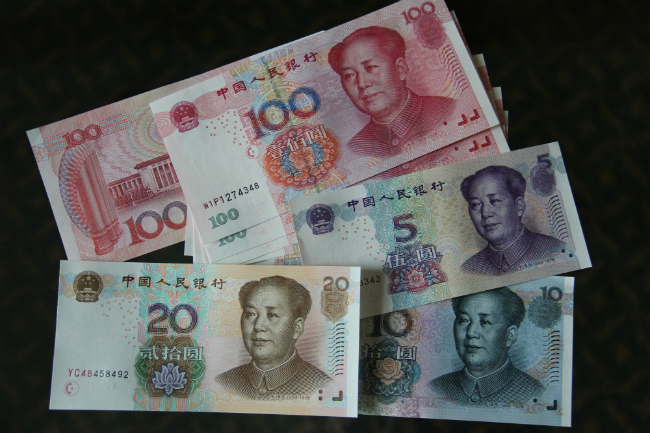 the renminbi has climbed in value by eight per cent against the dollar since 2011. PHOTO: Wikimedia Commons, MiLu24.

TORONTO—Canadian companies are the second least likely to use Chinese currency for trade settlement with Mainland China, according to an annual global survey commissioned by HSBC.

Indeed, just three per cent of the Canadian businesses surveyed had conducted cross border transactions in the renminbi (RMB), compared to 17 per cent of global companies and to 10 per cent of U.S. companies, leaving them open to unnecessary foreign exchange risk.

Globally, RMB usage remains primarily driven by the Asia Pacific markets. Outside of the Asia-Pacific region, usage in Europe and the Americas remains comparatively low and has weakened compared to last year, likely due to fluctuations in the external value of the RMB against non-dollar currencies in the second half of the year and the growing strength of the U.S. economy.

“To ensure Canada’s long term economic health and to build on the new Renminbi hub here, we must diversify beyond the historic US-Canada trade corridor and strengthen our trade ties to the world’s fastest-growing economy,” said Linda Seymour, executive vice-president and head of Commercial Banking at HSBC Bank Canada.

“In particular, we need to identify products and services that China wants to buy from us. As an example, Australia’s economy mirrors ours and—with the combination of a recently ratified free trade agreement with China and a Renminbi hub—they have benefitted from significantly greater trade between those two countries.”

Among Canadian businesses surveyed, 62 per cent expect to increase their cross-border trade with China in the next 12 months (ahead of global peers at 54 per cent). However, just 22 per cent of Canadian firms (versus 27 per cent globally) that aren’t using the RMB today are planning to use it in the future.

Key highlights from Canadian respondents include:
At three per cent, Canada is still second least likely among countries surveyed to use RMB. This has even weakened slightly from last year’s five per cent.
There was a sizeable drop in non-users planning to start using RMB in future: from 37 per cent in 2014 to 22 per cent in 2015.
Canadian management teams are in line with global peers in terms of discussing the RMB as a potential opportunity or business enabler: 16 per cent in Canada versus 22 per cent globally.
Non-RMB users who plan to use RMB in future cite a reduction in foreign exchange risk and the benefits from market disparities between the onshore and offshore RMB market as the main motivators to do so.

RMB usage has soared since China began dismantling barriers limiting cross-border transactions in 2009. In December 2014, it became the fifth most-used currency for global payments, according to data from financial and trade services firm SWIFT, after the value of RMB payments more than doubled in a year. Having climbed in value by eight per cent against the dollar from January 2011 to January 2014, the RMB has declined by about three per cent since the start of this year as the pace of US economic growth accelerated. Over the past six months it has appreciated against currencies including the euro, pound sterling and yen.

Also in 2014, Chinese authorities made a number of regulatory changes governing the RMB, including the introduction of two-way cross-border sweeping and a widening of the onshore trading band against currencies including the dollar, euro, yen and pound sterling. In addition, clearing banks were mandated for 10 countries including Canada, France, Australia, Qatar and the UK to help spur the development of offshore RMB hubs.