Astronauts accidentally detached a connection point to the water system while upgrading a restroom in the U.S. portion of the station 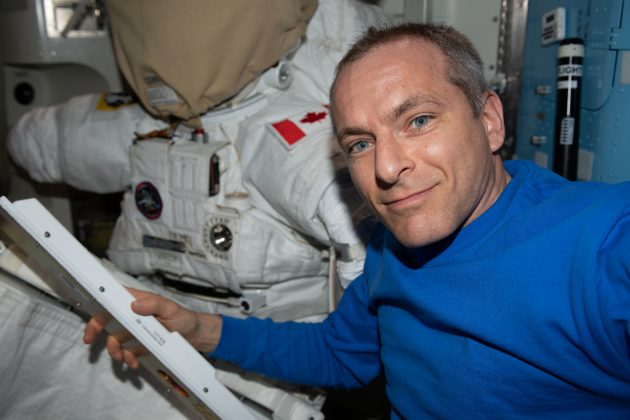 The space agency said the crew had to spring into action last week after astronauts accidentally detached a connection point to the water system while upgrading a restroom in the U.S. portion of the station.

About 9.5 litres of water leaked during the Feb. 1 incident and had to be mopped up with towels by the astronauts, a spokesman confirmed.

“As anyone who has worked on plumbing in their own home knows, these types of things sometimes happen,” spokesman Gary Jordan wrote in an email.

“NASA flight controllers in mission control Houston identified and isolated where the water leaked out, and astronauts reattached the connection point and quickly soaked up the water with towels.”

Saint-Jacques and American astronaut Anne McClain then installed a new enclosure in preparation for a new toilet system providing enhanced privacy, which is set to arrive at the space station in 2020.

Jordan says the leak was stopped quickly and doesn’t appear to have caused any damage to the station.

Saint-Jacques, 49, arrived at the space station on Dec. 3 for a mission that is expected to last until June.

His stated list of tasks includes conducting scientific experiments, carrying out robotics tasks and testing new technologies. Space plumbing was not mentioned on the list.

The Canadian Space Agency said it was aware of a leak in the water system on the station, but did not confirm Saint-Jacques’ involvement.

It’s not the first time the space station has experienced a problem with its bathrooms. One of two commodes aboard the international space station broke down in 2009 when the pump separator apparently flooded, according to The Associated Press.