If the Canada-U.S. standoff over punitive U.S. steel and aluminum tariffs is finally over, efforts to ratify the new North American trade pact could be imminent 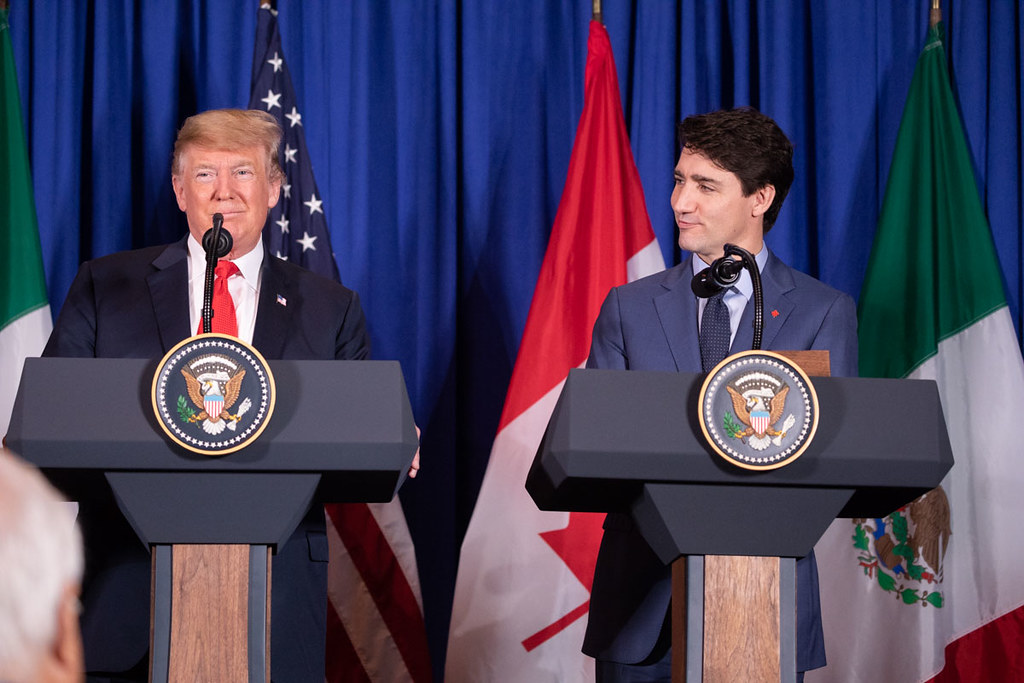 Word of the agreement began to trickle out amid reports that U.S. negotiators had backed off long-standing demands for a hard limit on imports of Canadian steel and aluminum, part of an effort to keep cheap Chinese product out of the country.

Late Friday morning, President Donald Trump and Prime Minister Justin Trudeau wrapped up their third phone call in less than a week on the tariff dispute, including Canada’s decision to retaliate with more than $16 billion of its own punitive levies on American products.

“The two leaders discussed the United States’ Section 232 tariffs on steel and aluminum and Canada’s retaliatory tariffs,” the Prime Minister’s Office said in a readout of the call.

They “also discussed relations with China, uranium, and the new NAFTA.”

One year ago, Commerce Secretary Wilbur Ross said the tariffs on Canada, as well as Mexico, were necessary to prevent a flood of cheap Chinese steel into the U.S. through its NAFTA partner countries.

Ross also said the U.S. was imposing tariffs on Canada and Mexico because the trade talks were taking too long, even though they were ostensibly imposed under a section of American trade law that gives the president that authority to do that to protect national security.

The Trudeau government has branded the tariffs as illegal, absurd and insulting, while Canada and Mexico say that it will be tough to ratify the new continental free trade agreement – the United States-Mexico-Canada Agreement – if they remain in place.

Ottawa has also been working to demonstrate to Washington that it has taken steps to stem the flow of cheaper Chinese metals into the Canada.

But Canada has stood firm with the U.S. on one key, related point: it has steadfastly refused to agree to quotas or other limits on its exports in order to get the tariffs lifted.

Canadian sources have described the idea of a quota system as a non-starter and a concession that Canada was not prepared to make.

Now, it appears Canadian negotiators have persuaded their American counterparts to accept that position – paving the way for a compromise that could allow the Trump administration to holster one of its favourite new trade weapons, while claiming to have enlisted the help of an ally in its ongoing fight.

“We have always said we are not the problem and that USMCA wouldn’t pass as long as the tariffs were in place. We would never accept a hard quota. I think they finally heard us,” said one source, speaking on the condition of anonymity, citing the delicate new phase of the current negotiations.

“Now we can work together to deal with over production outside of North America and approve the improved free trade deal.”

Dan Ujczo, a trade lawyer and Canada-U.S. specialist in Columbus, Ohio, said he believes the U.S. has “moved off of its demand for a hard quota which is a key factor in the new optimism.”

The discussions between the three countries have now moved to creating “enhanced monitoring/anti-circumvention measures” relating to non-North American steel imports.

“Companies that rely on non-North American steel and aluminum in their NAFTA/USMCA region supply chains are highly likely to be impacted by these discussions,” he said.

“While companies may celebrate a top-line without a hard quota, the devilment will be in the details.”

A U.S. Commerce Department review found that imports of automobiles and some parts could hurt U.S. national security, but Trump decided to wait 180 days before imposing tariffs and ordered new talks to deal with the issue.

The Commerce Department reached the same conclusion about Canadian and Mexican steel and aluminum imports almost one year ago.