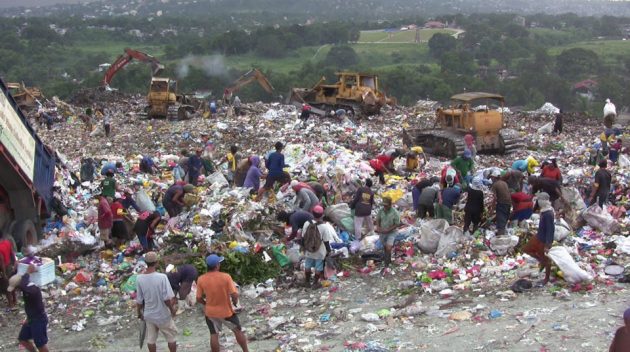 OTTAWA – Canada will not sign on to an amendment to an international treaty that would fully ban developed countries like Canada from shipping hazardous waste, including recyclables, to the developing world.

The amendment was proposed more than 20 years ago but Canada’s objection to it is resurfacing as the Philippines continues to press Canada take back more than 100 containers filled with rotting household garbage that were shipped to Manila in 2013 and 2014 labelled as recyclables.

The Basel Convention, adopted by all countries except the United States and Haiti, puts limitations on shipments of hazardous waste, and requires the destination country to be made aware of the contents of the waste and agree to receive it.

Canada has never agreed to it and still won’t.

Related:
Canada vows to dispose of its rotting trash sitting in Philippines port

At least three-quarters of the parties to the original convention have to agree to the amendment, and only two more countries need to say yes for it to be adopted. Debate about the amendment will again be on the agenda as countries meet about the Basel Convention in Switzerland in April.

“Canada, like other Basel Parties such as Japan, Australia and New Zealand for example, has not signed the amendment because the government believes that there are positive consequences to environmentally sound recycling and recovery operations,” wrote Environment Canada spokeswoman Gabrielle Lamontagne in an email.

“Why on Earth can we justify shipping it all the way around the world to poor countries that can’t deal with their own waste anyway?” she said.

Ruff said the garbage rotting in the Philippines is proof of why Canada should accept the amendment and, given Liberal promises to be a responsible global citizen, the government should champion it.

In 2013 and 2014, 103 containers arrived in ports in Manila from Canada, labelled as plastics for recycling, but upon inspection Filipino authorities discovered they were filled with household garbage, including adult diapers, food waste and discarded electronics. Except for a few of the containers that were illegally disposed of, most of the containers remain in quarantine in the ports.

A Filipino court ordered Canada to take the garbage back, and Prime Minister Justin Trudeau promised during visits to the Philippines in 2015 and 2017 to deal with the issue. A bilateral working group was established last fall and meetings are to take place in the next few months.

When the shipments were sent, Canadian regulations applied the Basel Convention rules only to waste Canada considered hazardous. Lamontagne said that changed in 2016, so Canada now applies the convention to waste considered hazardous in the destination country. Lamontagne said that means the containers in the Philippines would be prohibited today.

However, Ruff noted the containers would still end up in the Philippines because they were labelled as recycling. They would only be barred if Canada adopted the amendment, she said.

For several decades, countries like Canada and the United States have found it cheaper to flatten plastic garbage into pallets and ship them across the ocean to Asian countries where companies buy the material and hope to recycle it for resale.

Ruff notes many of those nations don’t have sophisticated waste-management systems, and are responsible for a majority of the plastics ending up in the world’s oceans.

Environment Minister Catherine McKenna is fond of citing a statistic that the equivalent of a truck full of plastic is dumped into the ocean every minute around the world. She is pushing Canada to eliminate plastic garbage entirely by 2040. But that would require much of the plastic produced to be recycled.